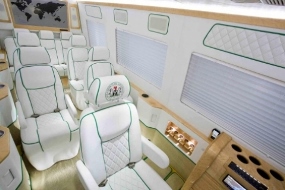 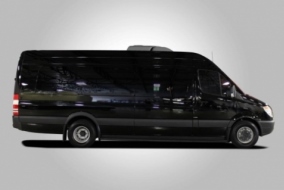 Just months after purchasing a $45 million dollar jet, and a few days after recklessly doling out several thousands of dollars to Nigerian music star, 2Face and his wife, Akwa Ibom State Governor Godswill Akpabio has taken possession of several bulletproof sprinter luxury vans from US based Texas Armoring Corporation (TAC).

A source told Saharareporters that the governor took delivery of the Mercedes Benz made vans recently after they were customized to his specifications by TAC in Texas.

The vans will join a remarkable fleet of top-of-the-line bulletproof luxury Sport Utility Vehicles (SUV) Akpabio already has in his official convoy, making the latest purchase superfluous and insensitive, insiders in the government told SaharaReporters. 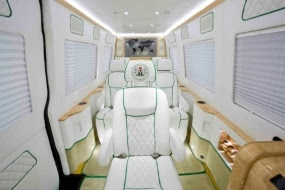 The Texas Armoring Company has displayed the luxurious interior of Mr. Akpabio’s latest toy on its Facebook page.

The Akwa Ibom governor, who intends to run for the Senate when his second term ends, has emerged as one of Nigeria’s hardest-spending governors, with a taste for the finest things, while most of his State remains undeveloped.   He is also one of President Goodluck Jonathan’s closest confidants, and recently emerged chairman of the Peoples Democratic Party Governors’ Forum, with a mandate to help Jonathan win re-election in 2015. 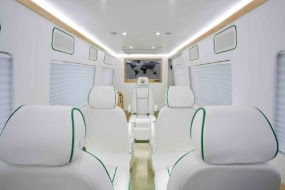 Insiders say some governors convert some of the luxury possessions into personal items they take with them when they leave office, or give away as presents to friends. 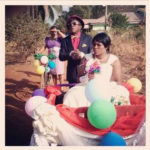