An American Mom of two teenage girls plans to ask a court to change her first name to Sexy lolzzzzz. She says it will be an appropriate name since she wears Victoria’s Secret lingerie all the time.
An American woman is applying to legally change her name to Sexy Crabtree.
Sheila Ranea has always despised her given name, says she thinks she suits the moniker Sexy because she wears Victoria’s Secret clothes.
Crabtree is going before Judge Robert Hoover in Licking County probate court, Ohio and is prepared to pay the $87 (£53) fee in order to change her name. She told the Columbus Dispatch of her birth name:

‘I absolutely hate it. I think it’s really ugly.’I wear Victoria’s Secret clothes all the time. I was like, “Shoot, I’ll just go for Sexy”.’

But Judge Hoover has a history of rejecting zany name changes. He once refused to allow a man to change his name to Tasmanian Devil, though he did allow the first name Taz.
He also denied the request of a woman who no longer wanted to be known by her nickname – ‘BJ’ – and wanted Winnie the Pooh as her name instead.
And he stopped a woman who rode a horse to the courthouse and walked in wearing a bathrobe from changing her name to Jesus Christ Lord & Savior. At her hearing, she spoke about the Last Supper and discussed poisoning her husband.
‘I denied that because I wasn’t certain she was fully competent,’ Hoover said.
‘He’s going to change my name for sure,’ Sheila said of her certainty that the judge will agree to her request.
But she does have a backup plan.
‘If it’s not Sexy,’ she said, ‘then I might go for Sparkle.’ 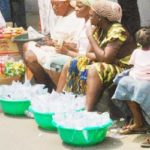