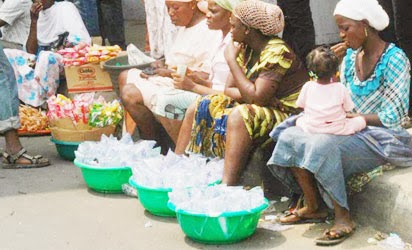 The Federal Ministry of Environment has developed a draft action plan for the phasing out of light weight non-biodegradable plastics in the country, a top official of the ministry, said, yesterday.
The official, who spoke on condition of anonymity, told the News Agency of Nigeria, NAN, in Abuja, said that the draft action plan had already been adopted by stakeholders in the sector. He recalled that the ministry, in collaboration with the United Nations Industrial Development Organisation, UNIDO, had in December 2013, organised a workshop to sensitise Nigerians on the process.
“What we intend to do now is to follow the implementation of the action plan since the awareness has already started; the next step is to source funds from UNIDO to implement the plan. “Once we have funds, we will continue with other activities in the process of phasing out heavy non-biodegradable plastics.” The official said it was not possible to completely phase out non-biodegradable plastics because of its importance in the society. He cited the example of a plastic chair, which is a non-biodegradable component, to buttress his point. He said that the ministry would start with the phasing out of light weight non-degradable plastics such as table water sachets and polythene bags.
“Those countries that have succeeded in phasing out the substance started with placing a ban on the light weight ones.“Countries like China and South Africa have placed outright ban on light weight plastic bags while some other countries have placed tax levies on the manufacture, retailer and buyers of light weight bags. “We are going to be gradual in the phasing out process as well, so that we will not cause havoc to the livelihood of people working in the industry. “We will also use alternative sources that are economically feasible and environment-friendly to replace the non-degradable products,” the official said.
He further said that the ministry would start the process of phasing out with a pilot project whereby manufacturers would be required to introduce a substance called “addictive” that would reduce the non-biodegradable component in their products. NAN reports that several countries have adopted measures to reduce the production and use of plastic materials by the imposition of taxes, fines, restriction or outright ban of plastic shopping bags. The countries include South Africa, Taiwan, Kenya, Rwanda, Bangladesh, Mecedonia, China, Hong Kong, Denmark, Germany, India, Italy, Mexico and United Arab Emirates, among others. 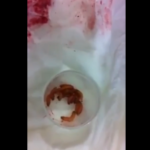