Imagine you’re a waitress, out with friends on a night off, when you lose your wallet. Cash, credit cards, driver’s license—all gone. Your bank later informs you that checks are being issued in your name.

It’s a pain, but you carry on. Two weeks later, you’re at work when four people walk in and sit in your section. They start ordering drinks. You ask to see their IDs. A woman in the group hands a driver’s license to you. You look down, and it’s yours. That is precisely what police in Colorado say happened to Brianna Priddy, a server at a Lakewood Applebee’s.

And the idiot with the card didn’t even realize that she was looking at the person she stole from …..The waitress should be a great actress for handling her part without reading her lines, on the other hand, the other woman must be dumbest than dumb and dumber for not recognizing the waitress from her drivers license’s picture she’s used for over two weeks

“I handed it back to her and said, ‘Sure, I’ll be right back with your margarita,'” she told Denver’s NBC affiliate.

Priddy called the police, and tried to act normal while waiting for them to arrive.

“I put on my server smile and tried to take care of them, but I was shaking like crazy,” she said.

When police arrived, the woman, whose name has not been released, was arrested on suspicion of theft, identity theft and criminal impersonation. Police also found narcotics in her possession. 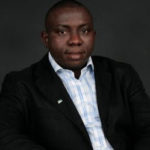 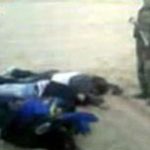