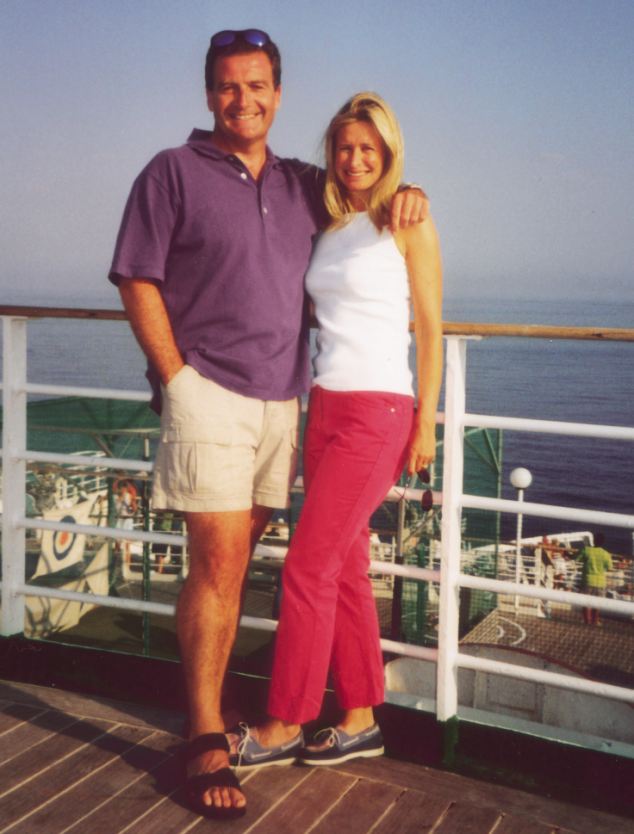 Gulf War hostage John Nichol has condemned police for failing to confront the thief who stole his wife’s iPhone – despite being told exactly where it is. The £500 phone’s tracking software instantly revealed its location and the former RAF Tornado navigator passed the information to detectives.
But they were apparently ‘too busy’ to retrieve the phone. Instead, they bombarded Mr Nichol and his wife with phone calls asking them to fill in forms and offering victim support.
Yesterday Mr Nichol, 48, who was shot down during the 1991 Gulf War, held prisoner and paraded on Iraqi TV, was incredulous at their response to the disappearance of the phone, as his wife attended a meeting at her London office. ‘My wife lost –  I’m going to use the word lost because we don’t know what happened to it – her iPhone in a meeting last week and reported it to police,’ he said.
‘The thing about this is you can put a tracker on it. So we watched my wife’s iPhone getting out of the meeting, going along the road, getting on the Tube, getting out at Clapham Junction and making its way to a house in Clapham.
‘It has been bleeping merrily to say, “I’m here”.’
Speaking on LBC Radio, he said police had been ‘too busy’ to follow up the information. They can’t chase down a stolen –  sorry missing – iPhone,’ he said.
‘What they can do is phone you at least ten times by different people, filling in reports, asking for crime numbers, asking for the personal number for the phone in case they find it in six months’ time.
‘Meanwhile, it has stayed in the same house in Clapham telling us where it is. My wife said: “I’m going to knock on the door”. I said, “Don’t – are you mad?” The police can’t ask, “have you mistakenly got this mobile phone?” because they are too busy.’

Russel Brand Wants To Have Foursome With The Kardashian Girls

Rihanna’s Outfit: Would You Wear?