A Nigerian female scientist has bagged a prize of $100,000, as one of the winners of the 2013 L’Oréal-UNESCO Awards in Physical Sciences. Professor Francisca Okeke, the first female Head of Department, University of Nigeria Nsukka bagged the 2013 Laureate award for her significant contributions “to the understanding of daily variations of the ion currents in the upper atmosphere which may further our understanding of climate change.”
UNESCO says Professor Okeke has made the study of the ionosphere her lifetime work. The ionosphere lies between 50km and 1000kms above the earth surface. “A very thick layer of charged particles, the ionosphere produces changes in the magnetic field on earth’s surface that affect the planet in a host of ways. Her research could lead to a better understanding of climate change and help pinpoint sources of dramatic phenomena like tsunamis and earthquakes”, a summary of her research published by UNESCO read.
The awards were announced last year October, but the award ceremony took place at the weekend in Paris. She was the only recipient in that category from Africa and the Arab nations and the third Nigerian Laureate since the UNESCO-L’Oreal partnership was established in 1998. Professor Okeke got a prize of $100,000. 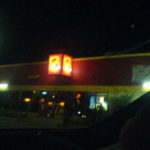 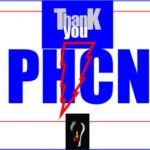