Blackberry services could be at risk of being banned in the country as a new regulation by the Nigerian Communications Commission, NCC, will run counter to the technical operating standards of the phone’s distinct network.

Our source gathered few days ago that the telecoms regulator was working on a regulation, which would make it mandatory for any licensee in the nation’s telecoms market to provide access to its communications facilities for necessary interception by the law enforcement agencies.

It will also specify the nature and types of communications to be intercepted; prescribe penalties for noncompliance with the regulations; provide a notification to the commission of all warrants issued, amended, renewed or cancelled under the regulations as well as ensure the privacy of subscribers as contained in the Nigerian constitution. It was gathered that Section 13 of the regulation Protected or Encrypted Communications will run counter to the technical operations of Blackberry.

By their designs and unlike other mobile devices, Blackberry messages are encrypted and where criminal investigation is required, the law enforcement agents will face denial of access to Blackberry network.

Specifically, Section 13 of the regulation empowers the National Security Adviser, NSA, and the State Security Service, SSS, to request the disclosure of protected or encrypted communications.

“Where the key or code is in the possession of another person, the licensee shall be under an obligation to request such other person to disclose the key or code to the National Security Adviser and the State Security Service for the purpose of complying with a warrant.” The regulation, under Section 20, also specifies the penalties for contravention.

“The commission shall give a prior written notice to the licensee of such revocation, not less than 30 days to the withdrawal of the licensee.” Also, the commission may institute an action for non-compliance through injunction or specific performance or any or such other judicial means of enforcing a duty or obligation imposed on a licensee pursuant to the regulations.

However, Blackberry messenger, email and web services are sent over an encrypted network and the company maintains a strict policy of non-disclosure of pass codes or keys to government officials.

Last year, officials of Blackberry said the Blackberry users in Nigeria were about three million and these individuals face an uncertain future in case of possible revocation of Blackberry licence by the regulator, given its stern position not to release the key to its encrypted network to any government officials.

Blackberry has continued to face widespread concern over its strong data encryption, which is beloved by corporate customers eager to guard secrets, but troublesome for some governments in the Middle East and Asia that it could be used by militants to avoid detection.

It will be recalled that between 2010 and 2011, Indian government threatened to ban Blackberry over the phone manufacturer’s failure to provide access to customers’ corporate e-mails to the government.

The Indian government request for access to the Blackberry network was part of a broader effort by the country’s intelligence to monitor security threats made via mobile phones and the internet. Saudi Arabia and the United Arab Emirates had also in 2010 threatened to cut off Blackberry services due to its encryption policy.

National Mirror also gathered that the NCC’s current move was in line with strategic measures of the Federal Government to ensure maximum national security by providing a legal framework that empowers the law enforcements agencies to access any licensed communication network in the country. 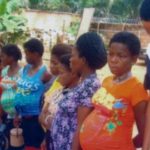 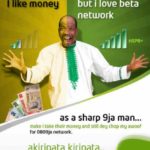