The Imo State police command rescued 17 pregnant teenagers from a baby making factory in the state last  week. Below is an update on the story from The Nation.
Nine girls, forced into pregnancy at a ‘baby factory’ in Imo State ,yesterday spoke of how they became victims. The nine were arrested by the police yesterday after initially escaping during a raid of the ‘baby factory’.
Their arrest brings to 26 the number of victims rescued from Ahamefula Motherless Babies Home, Umuaka in Njaba Ciouncil Area of the state. They are aged between 14 and 25. The visibly exhausted girls said that they were held against their wish by the proprietor of the so-called motherless babies home simply known as Madam One Thousand. The victims are all from Imo and their parents were unaware of their whereabouts.
According to them, they were taken to the ‘baby factory’ by scouts engaged by Madam One Thousand.
Meanwhile that boy in the picture is the one who’s duty it is to get those young girls pregnant! What sort of sperm does he have? All those childless women better start visiting him in prison lolz.
The scouts include women who go about seeking vulnerable girls.
17-year old Adaobi Akubueze ,until her abduction a student in Lagos, said she referred to the centre by a medical doctor who conducted a pregnancy test on her.
She said:“The result of the test was positive and the doctor said I should not abort the pregnancy. He said he knew where I could go and have the child with adequate maternal care and where the baby would be taken care of until I would be ready to take charge.
“So I ran away from home without informing my parents. But on getting to the centre in Imo State, I was asked to produce my letter of introduction. After that, my phone was taken away from me and that was how I stayed there till the Police came and arrested us.”
She said of conditions in the centre: “We were kept in a crowded room with little ventilation and a doctor came once in a while to check us. Nobody was allowed to go beyond the first gate also known as the Green Gate. And one boy who we referred to as oga came around to sleep with the girls, especially those that were not yet pregnant.
“The compound was built in such a way that made escape impossible. It is fenced with high walls and no visitor was allowed to come into the area where the girls were kept, except Madam, Oyibo and the doctor.
“After nine months, those who were due to be delivered were taken to another location and Madam would only bring back news to us that our friend had given birth. But they never came back ”.
Another victim, Chinyere Onwuegbu, also 17, said she was living with her mother, a widow, until she ran away with one of her friends who convinced her that she could make a huge amount of money if she could be pregnant and sell the child after delivery.
Her words: “My friend brought me here and she told me to stay and get pregnant. Madam promised to take good care of me and that she would give me N60,000 if I had a baby boy and N30,000 if it was a girl.
“ But after I was impregnated, Madam began to force me to work hard despite my condition. I cried everyday but no way to escape”.
From outside, the ‘baby factory’ looks very much like a pure water production facility.
It sits on an expansive land and is walled round.
The main building has several rooms secured with iron doors.
A neighbour, who volunteered information on condition of anonymity, said: “All we saw were people coming to buy water but we began to express worry when we noticed flashy cars coming to the place at nights.”
Investigation also revealed that the owner of the ‘baby factory’ also runs a maternity home where the victims are taken to be delivered of their babies.
Oyibo, who was identified by the girls as the one who impregnated most of them, denied that he was paid to impregnate them.
He said: “I was employed to work in the pure water company, but I have slept with most of the girls but not to impregnate them as reported.”
Who is Madam One Thousand?
It was gathered that Madam One Thousand is no stranger to the police having been arrested by them at least twice before for a similar offence.
A source, who asked not to be named, said: “If the police are serious, they can arrest her; they know her identity. She has been in this trade for a long time. She even has medical doctors who work for her.
“Apart from that, since she also runs a registered maternity home, why can’t the police look in that direction and get her identity from the Ministry of Health that registered her clinic?”
Sources said she is at the head of a syndicate that also includes doctors.
The doctors refer victims to her and get paid accordingly.
Efforts to get the Commissioner of Police, Mohammed Katsina, and the Police Public Relations Officer, Joy Elemoko, to comment on what becomes of the girls were unsuccessful as they did not pick calls to their handsets.
However, a reliable police source said the girls would be handed over to the Ministry of Women Affairs after proper documentation for adequate medical attention as some of them are ill. 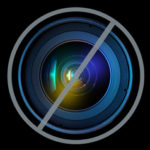 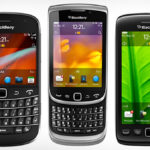