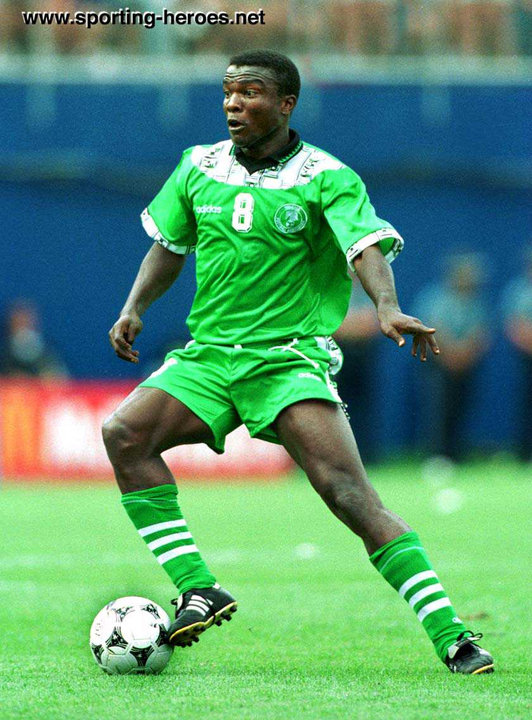 Former Super Eagles midfielder, Thompson Oliha, is dead. He died early this morning
Oliha who was born in October 1968 in Benin City, Nigeria. Until his death, Oliha was one of the coaches at the Kwara State Football Academy in Ilorin.
A retired Nigerian midfielder, Oliha played for clubs in Africa and Europe during a career marred by injury.
He played for Bendel Insurance (1985-1987), Iwuanyanwu Nationale (1988-1991), Africa Sports (1992-1993), Maccabi Ironi Ashdod F.C. (1993-1994) and Antalyaspor (1994-1995).
As a player, he was known for his powerful shots and abilities in the air. Oliha retired at the age of 27, as a result of a serious knee injury.
One of the wishes of Oliha before his death was for the federal government to fulfil the promise of a house General Sani Abacha promised the Super Eagles for winning the Tunisia 1994 Nations Cup. Sadly, he did not see that come true in his life time.
Oliha becomes the third player to die among the much celebrated Nigeria 1994 squad, joining Uche Okafor and Rashidi Yekini in the great beyond.

Related Topics:NewsPHOTOSPEAKSThompson oliha dead
Up Next

BIG BROTHER CHASE – Will Selly’s Husband Praye Break Up With Her After Having Sex With Nando?