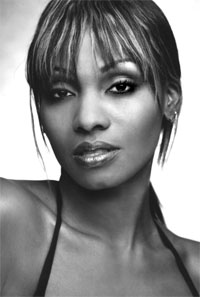 The DiasporanStarOnline met with Kenturah, Jim Iyke’s ex-fiancee and the heart broken and emotionally devastated lady opened up to them how for over six years, she gave her all to be in a celebrated relationship with Jim Iyke, only to get her hopes dashed and squashed. She lamented:

“These days, I ask God: Why has thou forsaken me? How can a man with whom we had gone through the highs and the lows – a man who had professed so much undying love for me over the past six years just walk away like that? I don’t know what happened and I wish I could put a finger on it.” .

Depressed and emotionally forlorn, Keturah told DSO how Jim used and dumped her.

“Jim was supposed to come to New York and stay for six months, during which time, he would go to an acting school here in New York and then we would move to Los Angeles and get married and pursue our acting dreams. I was looking forward to that with eagerness and then he just walked away”

She began to sob. Their romance was strong, and Jim had spoken severally of plans to walk down the aisle with her. He had told me a number of times that in Keturah, he had found “……

a perfect mate – someone who was “sexy, intellectually curious, exotic and edgy.”

Keturah was known all over the Nollywood firmament as Jim Iyke’s main girlfriend – a wife-in waiting. They had traveled the world together, and she had stood by him through most of the scandals that has continued to dog his professional and private life.

But he was said to have ended their six year old affair in a most emotionally callous way. He simply walked away “without even a phone call

Asked what could have been the reason for such a change of heart, Keturah said:

we had problems like normal lovers do, but we always resolved them amicably. I know there was something Jim asked me to do, which I didn’t want to do right away, but that should not have made him to do what he did.”

Pressed to reveal what it was that Jim wanted him to do, she said it was personal. Keturah said she feels used and dumped.

“I played along in the reality show as if I truly was a jealous and crazy lover. It was an act, but now I feel as if Jim set me up. He is a wicked man. I stood by him through all his troubles and tribulations. I helped bring him to the limelight when the light of his career was dimming. He is an ingrate and I leave him to God.”

One area that seems to have pained Keturah more appears to be the rumor making the rounds that Jim left her for the Ghanaian actress Nadia Buari.

That is the rumor I have heard and I know it is not just  a rumor. They have been hooking up in Ghana. They were together at Tuface’s wedding and appear to be everywhere together. I just can’t believe Jim would be this ungrateful – after all I have done for  him. I have not been able to accept this and I am truly in a state of shock. If Jim could treat me the way he did, after six years of being there for him, supporting him, encouraging him in all that he did, then I wish Nadia the best of luck.

Jim, according to sources is living in Nadia’s house in Ghana and is constantly seen driving her car on the streets of Accra the Ghanaian capital. He is said to have told friends he and Nadia are mere friends, but  most people find that difficult to believe.

Meanwhile, Keturah appears to have moved on with her life.

I am a strong woman and I am moving ahead with my life. God cannot give you that which He will not provide you the platform to stand and deal with. I wish the best in his life.” 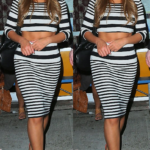 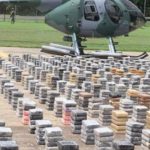