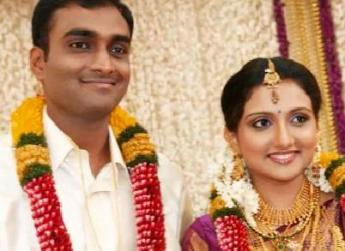 Indian court rules that any couple who has made love are legally married… and would need to divorce if they want to sleep with someone else.
If an unmarried couple made love they are considered husband and wife – and would have to ‘divorce’ if they split, an Indian court has ruled.
When two people of legal age, 18 for a woman and 21 for a man, ‘indulge in sexual gratification’ this should be seen as a ‘an act of total commitment’ and marriage by law, a judge at Madras High Court said.
The court said that the registering of a marriage as well as a wedding ceremony were only formalities to gain society’s approval.
It also said that once two people made love this ‘becomes a total commitment with adherence to all consequences that may follow’, including needing a decree of divorce should they want to sleep with someone else.
In addition, should either of the two wish to register the ‘marriage’ they can have their marital status declared by a Family Court as long as they can supply proof of a sexual relationship.
Once declared by the court, the person can be established as the other’s spouse – whether the other party approves or not.
‘Legal rights applicable to normal wedded couples will also be applicable to couples who have had sexual relationships which are established,’ the court declared in their ruling obtained by The Hindu.
The verdict came in a spousal maintenance case where a lower court had ruled that a woman was not entitled to maintenance from the father of her two children as there was no proof of their marriage.
Justice C.S. Karnan ruled that legal documents proving the couple’s life as spouses were more important than proof of marriage.
In this case the man had signed the ‘live birth report’ for the couple’s second child and thereby officially declaring the woman as his wife.
Judge Karnan said the couple ‘led their marital life under the same shelter and begot two children.
‘Therefore, the petitioner’s rank has been elevated as the “wife” of the respondent and likewise, the respondent’s rank has been elevated as the “husband” of the petitioner.‘
The man was ordered to pay the woman 500 rupees a month in maintenance as well as maintenance for their two children.