Former Italian PM Silvio Berlusconi has been found guilty of paying for sex with an underage prostitute during infamous ‘bunga bunga’ parties at his villa and then using his influence to try to cover it up.Berlusconi (76) was sentenced to seven years in prison and barred from public office for life – a sentence that could mean the end of his two-decade political career.
However, there are two more levels of appeal before the sentence would become final, which could take months.
Both he and the Moroccan woman – known as Ruby – at the centre of the scandal have denied ever having sex.
The panel of three judges, all women, said Berlusconi went beyond using his influence to cover up his relationship with the then-17-year-old Moroccan, as originally charged. They said he stepped in to win her release from police custody when she was accused of theft. As a result, they added one year to the six requested by prosecutors.
His lawyer, Niccolo Ghedini, immediately announced an appeal and said the sentence was unjust.
“This is beyond reality,” Ghedini said. The sentence was even stiffer than the six-year prison term and lifetime ban on public office that prosecutors had originally requested.
“I’m calm because I’ve been saying for three years that this trial should never have taken place here,” Ghedini said.
The charges against the billionaire media mogul stem from the ‘bunga bunga’ parties in 2010 at his mansion near Milan, where he wined and dined young women while he was premier.
He says the dinner parties were elegant soirees; prosecutors say they were sex-fuelled parties that women were paid to attend.
Neither Berlusconi nor the woman at the centre of the case, Karima el-Mahroug, better known as Ruby, have testified in this trial.
El-Mahroug was called by the defence but twice failed to show, delaying the trial. Berlusconi’s team eventually dropped her from the witness list.
El-Mahroug did testify in the separate trial of three Berlusconi aides charged with procuring prostitutes for the parties.
She said Berlusconi’s disco featured aspiring showgirls dressed as sexy nuns and nurses performing striptease acts, and that one woman even dressed up as President Barack Obama. (LMAO).
Berlusconi was not in court yesterday. The three female judges deliberated for more than seven hours before delivering their verdict.
El-Mahroug, now 20, said in the other trial that she attended about a half-dozen parties at Berlusconi’s villa, and that after each, Berlusconi handed her an envelope with up to €3,000. 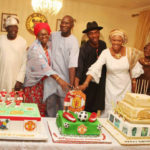 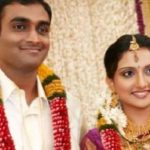