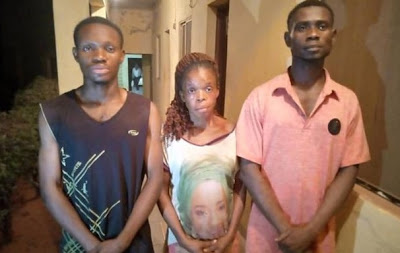 Anambra State Police Command has rescued a 14-year-old girl who was held hostage for 27 days and allegedly raped after being kidnapped in Onitsha, Anambra State.

The state Police Public Relations Officer, Haruna Mohammed, who disclosed this on Monday, said the teenager was rescued by operatives of the Special Anti-Robbery Squad from a hideout in Ogidi, in the Idemili North Local Government Area of the state.

Following her rescue, three suspects, including a female, were arrested in connection with the abduction.

“The suspects kidnapped the 14-year-old girl in Onitsha and took her to an undisclosed location.

“Consequently, the syndicate contacted the victim’s mother through SMS and demanded N10m as ransom, which was later reduced after much pleading by the mother.

“The suspects equally sent a bank account number bearing one John Blessing to the victim’s parent to deposit the ransom.

“Meanwhile, the victim, who was held hostage for 27 days and allegedly raped several times by the suspects, was rescued by the police and taken to hospital for medical examination.”

The spokesman said the suspects would be prosecuted at the end of investigations.

Meanwhile, an 18-year-old girl has narrated her ordeal in the hands of two men parading themselves as pastors, but turned out to be criminals who kidnapped and had multiple excruciating sex with her continuously for four solid months in Ghana.

The girl said she was sexually abused almost every day while in captivity and her captors compelled her to take concoctions to abort the pregnancy that resulted from the multiple sexual assaults. 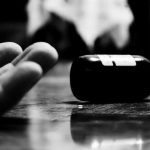 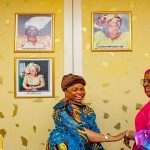