Menu
Remember that  Chinese couple that set a hotel in lagos on fire? if you missed it, read it here

Two Chinese lovers have stunned people in a courtroom by exchanging blows after they were arrested for burning down a hotel in Ikeja, Lagos State.

It was drama in court yesterday as two Chinese lovers stunned the audience by exchanging blows in the courtroom. Zhen Zhen, female (47) and Leo Jian Feng, male (41) exchanged blows upon seeing  each other after they were arrested for arson.

According to reports, the duo who allegedly burnt part of Ernest Hotel, Ikeja where they had lodged on 4th July. The police had to intervene as the two estranged lovers engaged in a fist fight after police removed their handcuffs at the Ebute-Meta Magistrate Court on Wednesday where they were arraigned.

It was gathered that the the lovers allegedly set the hotel on fire while smoking cigarettes although they were sternly warned by a hotel attendant that smoking was prohibited there. They were arrested after firefighters of the Lagos State Fire Service put out the inferno which razed part of the building to the ground.

They were charged on 2-count arson charge which reads: “That you, Zhen Zhen and Leo Jian Feng, both Chinese, on July 5, 2016, at about 2am at Bamishele Street, off Allen Avenue, Ikeja, Lagos, in the Lagos Magisterial District, did conspire among yourselves to commit felony to wit: arson.

“That you did willfully and unlawfully set fire to burn part of the Ernest Hotel on Bamishele Street, off Allen Avenue, Ikeja, Lagos, valued at N17,864,900, property of one Ernest Uwanyerem.”

While defending themselves before the court through an interpreter, the two lovers pleaded not guilty to the charge. Feng and Zhen both denied smoking in the facility as Feng stated that he was not around when the hotel got burnt while Zhen stated that she awoke from sleep to discover that the hotel was on fire and ran for her life.

However, while countering the defendants, the prosecutor called a representative of the hotel, Muhammed Shubero to testify.

“Around 2am on July 5, one of the hotel attendants smelt cigarette from their room. She went there and warned them that smoking was prohibited in that arena. However, they ignored her.

“In the morning, the attendant and a security guard called me that the hotel was on fire. By the time I got there, there was nothing left of the hotel.”

The magistrate, Ope-Agbe, granted the defendants bail in the sum of N2m each with two sureties each in like sum. 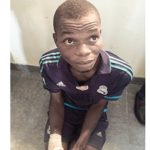 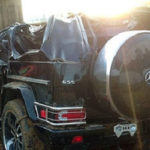