Paris Jackson’s Suicide Attempt Came After She Was Told She Does Not Have Same The Biological Dad As Prince Jackson
Paris was devastated after being told her and Prince don’t have same biological dad.
Paris, 15 — who sources say has always known Michael Jackson could not be her natural dad — was convinced she was Prince’s full sibling. She believed Debbie Rowe was their mum and an unnamed man their dad.
But after being told the truth, a string of rows followed between devastated Paris and Prince, 16. She plunged into depression and is still in an LA hospital after reportedly slashing her wrists and downing pills on June 5.
Paris was given the news to prepare her for a tough grilling during the £26billion court fight between the Jackson family and concert firm AEG, who they blame for Michael’s death.
Paris has always wanted to believe Michael was her dad, but was aware that wasn’t really the case. She was convinced her and Prince were full siblings. She always idolised him.
Paris is said to be feeling better but will stay in hospital for up to 30 days. She will then spend more time with mum Debbie, 54, in California. Paris is said to hate the “circus” at the Jackson household — but remains close to her grandma Katherine.
So who is paris jackson’s real dad? 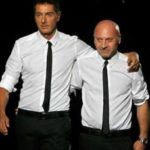 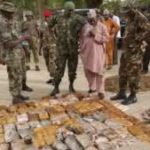