Military officials stand near ammunitions seized from suspected members of Hezbollah after a raid of a building in Kano, Nigeria, May 30, 2013.
Four Lebanese men accused of being Hezbollah members remain imprisoned in Nigeria after a court dismissed weapons and terrorism related charges against them on a technicality. The men are suing the government for nearly $25 million for unlawful detention, but lawyers say the government also may present new charges Friday in a higher court.
This story started in May with a stash of weapons that security forces say they discovered under a house in the northern city of Kano.
Reporters took pictures of rifles, anti-tank weapons, piles of ammunition and a rocket-propelled grenade. Many of the weapons were badly corroded.
Security forces told the reporters it all belonged to Hezbollah, a prominent Lebanese political party and Iranian-backed militant group. Hezbollah also is considered a terrorist organization by the United States. Security forces say the weapons were intended for attacks on American and Israeli interests in Nigeria.
Brigadier-General Ilyasu Abba said, “If these things had been brought out, only God knows the type of destruction this thing will bring. The department of State Security Services in Abuja has been carrying out an investigation for a very, very long time.”
After the weapons were discovered, four Lebanese men were arrested and accused of plotting terrorist attacks for Hezbollah. One of the men, Mustapha Fawaz, is well known around here. He is the co-owner of an amusement park and a popular supermarket called Amigos in the capital.
Before the arrests, dozens of cars used to constantly pack into Amigos’ roughly 10-space parking lot in this ritzy commercial district, and young men would sell DVDs and mangoes to the crowds.
Now closed, a single police officer sits in a white plastic chair outside the store. Just outside the central city, security forces also have shuttered Wonderland Amusement Park.
Meanwhile on the outskirts of Abuja, the four accused enter a small courthouse, exchanging quiet greetings with well-wishers as they pass by to take their place in the front of the room.
The hearing wrapped up quickly. The defense asked for charges to be dismissed because they are in the wrong court, saying that only the Federal High Court can hear such a serious case. The prosecution agreed and the men were sent back to jail, with no pending charges.
Outside the courthouse the prosecutor declined to comment on what they plan to do, but defense attorney Ahmed Raji said the government is continuing to investigate his clients and said they may be charged again in a hearing scheduled for Friday at the high court.
“Right now no charges against them because the only one they have filed has been discharged. So right now until they finish their investigation we don’t know what will come of it,” said Raji.
He said the men have never been accused of carrying out attacks, but of storing weapons and other terrorist-related activities – charges he said all are false. On Friday they also may be accused of being members of Hezbollah, which, he says, is not actually a crime in Nigeria like it is in the U.S.
Some analysts say these arrests may be part of what could be an Iranian and Hezbollah plot to use West Africa as a staging ground for attacks against the West.
Outside the court, defense lawyer Raji said they are suing for nearly $25 million for unlawfully detaining his clients for a month without charges, and he will ask for their immediate release. When asked if they want the court to order security forces to let them re-open the shop and the amusement park, he said they will “take it up at the right time.”.
Heather Murdock
VOA 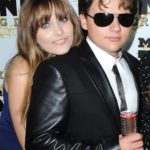