With five eggs, Natalie Holt did to Simon Cowell what hundreds of reality show singing contestants have wanted to do for years.

The woman pelted the rather acerbic singing competition judge with the eggs during Saturday night’s live finale of “Britain’s Got Talent.” According to EW.com, Holt was playing in the backup orchestra for brothers Adam and Richard Johnson when she got up from her chair onstage. With an egg carton in her left hand, she cut through the young men and began to toss eggs at Cowell and the other judges.

Holt, who had a sheepish grin on her face, tossed at least five eggs at Cowell before security stopped her. The brothers kept singing, finishing an operatic version of “The Impossible Dream.”

At least one toss must have hit its mark, because Cowell removed his jacket after the incident.
Cowell tweeted on Sunday: “I don’t think eggs should be allowed on talent shows. Discuss?”

Holt is not the first person to throw something at Cowell. When he was a judge on “American Idol,” he panned and snickered throughout Jonathan Rey’s audition for the third season. Rey approached the judge’s table, struggled with Cowell over a plastic drink cup and tossed water on the judge. 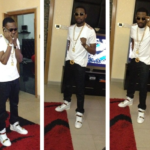 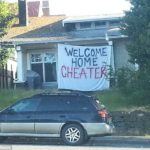