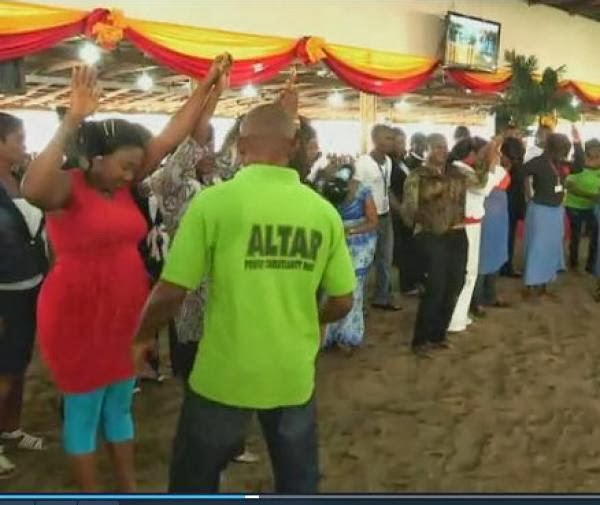 A large scale scandal has broken out in a church known as the City of Truth (a.k.a Holy Ghost Embassy), in Uyo, Akwa Ibom State as the founder and general overseer of the church, Bishop Israel Usoro, has been accused by his pastors of engaging in fake instant healing and false prophecies. The revelations below…

“On Tuesday, August 13, 2013, I took an independent step to verify the stories and this step brought me face to face with the truth. That evening during the regular Power Night programme, a clean-shaven young man dressed in torn T-shirt and dragged along by another young man was intercepted as they were about to enter the church and interrogated in the studio room

“During interrogation, both the young man and his accomplice, who earlier claimed that the young man he was dragging into church was mad, confessed to me (with Elders Idorenyin Mfon, Effiong Usoro and Evangelists Anietie Walter and Harrison Eke as witnesses) that he ‘was NOT MAD and that he was arranged to dress like and to act as a madman in the church for you to “deliver” him so as to boost the faith of members in your anointing and increase the membership of your church’.

They said what they were doing was a new method of ‘evangelism’ which you have since embraced.”

But Bishop Usoro is however denying the allegations, claiming that he never knew whether those who claim to have been instantly healed of their ailments during the church’s tarry nights programmes were real or fake. According to The SUN report, Usoro, whose church is situated at No 12, Paul Bassey Street, Uyo, began to experiment the fake instant healing after a Ghanaian pastor, one David Amousou came in as a guest preacher earlier in the year and arranged with some boys to act as sick people to receive instant cure after being prayed for.
A letter of resignation by one of the elders and former protocol officer of the Church, Mr Idorenyin Aquaisua, to Bishop Usoro and other key officials of the church, chronicled with dates a series of fake miracles the bishop had performed by paying people, sometimes as little as N2000 to come and pose as if they were mad, blind, infirm or afflicted by evil spirits…
“It bears recall that I have served God in your Church, City of Truth Chapel Int’l, for well over seven (7) years now. Within this period, I stand vindicated before God, my conscience, and man that I have been selfless, diligent, truthful, faithful and committed in my services to God. Since 2006 till date, I have held very many sensitive positions in the church with enduring legacies.

“At a time when the Church was almost grounded by severe moral crisis occasioned by your activities that generated intense feeling of distrust in your wife, I was persuaded, out of trust by you and some faithful members of the church then, to head the Protocol Unit in your office in 2010 so as to encourage and give you the needed support to continue your ministerial duties with minimal distraction,”

Aquaisua wrote. “I came to know you closely as a prophet who professed total dependence on God. Therefore, until certain events unfolded recently, I had no cause to doubt your prophetic grace. When news first came to me early June 2013 that the regular instant healing miracles that were taking place during the Tuesday Power Night programme in the church were stage-managed, I almost beat up the person who brought the news,” he added.

But in a chat with The SUN in his church, Bishop Usoro refuted the allegations of fake or false instant miracle claiming that they were peddled by some former officers of the church who are no longer members of the church. He likened them to Lucifer who was thrown out of heaven. “Since then, he can never say any good thing about heaven.” Usoro denied ever delivering the supposedly mad man on Tuesday, August 13, 2013, even though he admitted seeing such a person in church that night.
“I saw two young men and one said the other was partially mad. I told them to be coming to church because if I don’t see anything about you, I can’t heal you. It is not the work of the flesh. It is only when you are under the unction of the holy spirit; that you can do all these things. That’s all.”
Bishop Usoro showed two other patients, a lady with goitre and a man supposed to be mentally deranged whose conditions he said had been improving since they were brought by their relatives to the church. The SSS in the state have gotten wind of the story and invited Bishop Usoro for interrogation. He has gone to the SSS to state his own side of the story – See more at: http://thegistarena.blogspot.com/2013/11/fake-miracle-tears-church-apart-as.html#more 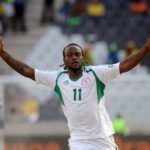