This is the viral video that has taken Twitter by storm. It shows a girl, named Sharkeisha, beating the hell out of a girl named Shay. On the video, which has been banned from Instagram, you can hear Sharkeisha’s shocked friend yelling at her, “Don’t kick her, Sharkeisha!” Sharkeisha replies: “You was supposed to be my n*****, but where the f*** was you going? Who the f*** was you trying to f***?!”

IM TRENDING IN AFRICA!!!! I DIDNT EVEN KNOW THEY HAD INTERNET THERE I FEEL FAMOUS
— QUEEN SHARKEISHA (@LilButtSHAR) November 27, 2013

What that girl did  should  not be praised. (She had 400 twitter followers before the video went viral, now she has over 35,000 followers). There’s no need to fight over a man. Not worth  it to me.﻿…a woman that fights is not a woman to me,but a damn bull, if you got princess blood flowing in your veins, you don’t fight, its just a matter of respect….Peep the full video when you continue

Massive amounts of responses to the video have popped up on Twitter which has propelled it to become the top trending topic Worldwide currently.  In true Twitter fashion, rather than post comments showing concern for the victim, comedy was the angle that many Twitter users took when addressing this clip.  The memes and general jokes might serve as a guilty pleasure.  In the girl’s defense, she had no chance because she got sucker punched extremely hard while she wasn’t looking.

Allegations have begun spreading on Twitter as well that the victim in this violent video actually committed suicide when it was released on the Internet, however there have been no confirmed reports to back up those allegations thus far.  Someone also posted a picture of an alleged mugshot of Sharkeisha, and claimed that she was arrested for assaulting the girl in the viral video.

READ ALSO
Britain’s Got Talent winner to “Perform in space” 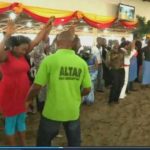 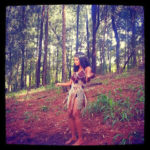