So I heard one of the most successful Nigerian female Singer and my favourite Tiwa Savage is getting married to her fiancé/manager Tee Billz this month and I was extremely happy for her.
So I read in some interviews that her fiancé said that they have a limited invitation cards for their wedding which means he doesn’t want crowd, fans or party crashers at his wedding, and I was like “whatever” that he has pride and what was he feeling like with the believe that Tiwa doesn’t know anything about this and she wouldn’t say such to her fans.
But to my own surprise, few days later I read in another interview where Tiwa also said the same thing “If you’re not invited don’t come to our wedding”, I was really disappointed that she could say such despite the fact that we are the ones buying her records and also it is our money they want to use for this their wedding ooo. These artistes don’t know that without with us (fans) they can’t succeed in this business.
I made up my mind never to buy her records again, for her and her fiancé to say such to their fans who buy their records. So I began to wonder why would they say such, is it that they don’t want to spend, they are being stingy or maybe they want a low key wedding which I don’t think so.
So today I was going through some blogs and I saw a gist that the controversial Kemi Omololu Ololoyun said Tiwa Savage is getting married to a married man with a kid, huh! I was shocked, I couldn’t believe it I had go straight to google and search if the story is true, trust google, google showed me everything patapata and it was confirmed that this her fiancé Tee billz is indeed married with a kid but separated and not yet divorced.
What da f**k! So I realise this is the reason she doesn’t want crowd at her wedding because she’s scared. But seriously Why would she do such? I’m highly disappointed in her, it shows she is very desperate to get married with the fact that it is illegal to get married to a married man who isn’t divorced.
Shame on you Tiwa Savage, is it someone like you that is suppose to say you don’t want crowd and uninvited guests at your wedding? You want to marry somebody else’s husband yet you flew abroad to buy wedding gown and you con dey flaunt am to the world, shame no catch you.
Anyways, I am happy for you but please be wise, let the divorce come first before you enter his house biko, we all know you are not getting any younger but please little patience would do. Getting married to a legally married man is totally wrong, it only shows how desperate you are.
And once again, is it true you caused the rift between Don Jazzy and Wande Coal? Xoxo
From:
Temitayo G. 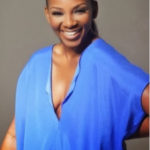 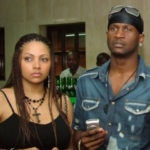