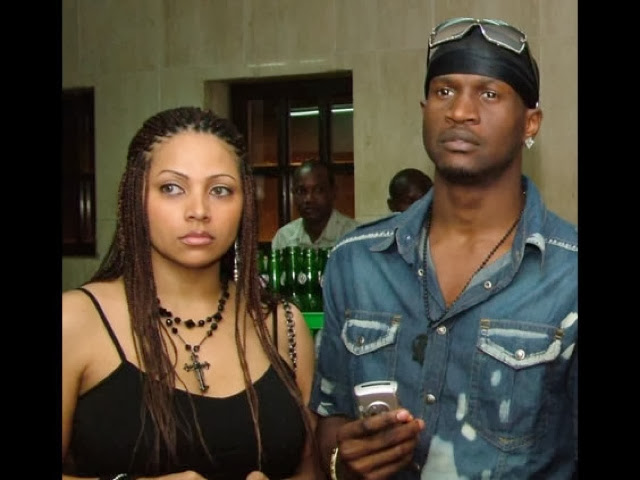 Spotted this at Enconium
On Sunday, November 17, 2013, the most anticipated traditional wedding between Peter Okoye, twin brother of singing duo of P-Square and Lola Omotayo, his baby mama, will hold at The Arc Events Centre, Victoria Island, Lagos.
The nuptials is expected to be carnival-like, as the elated groom’s friends, home and abroad, are now set to identify with one of their own. The bride’s friends are not left out as they are ready to make the day a memorable one for the mother-of-two, Cameron and Aliona.
It’s an understatement to say Peter and Lola’s wedding is going to be star-studded. It’s also going to be a superlative wedding, going by the array of guests already slated to honour the celebrated couple.
While telecommunications giant, Glo boss, Mike Adenuga Jnr. is going to chair the nuptials, gifted comedienne, Helen Paul is no longer going to co-host with fellow comedian, Gbenga Adeyinka. No replacement as at the time of filing this report on Sunday, November 10, 2013.
Sources who craved anonymity said, “It’s very sad that Helen will not only miss the wedding, she’s not going to host as well. Coincidentally, that day happens to be comedian AY’s London show and Helen is billed to perform. In fact, flight tickets have been bought for Helen and her hubby for the much-talked about comedy show.”
Helen Paul’s absence will definitely not dull the day, as politicos and celeb friends of the couple have promised to grace the great occasion. On the list are Kanayo O. Kanayo, Genevieve Nnaji, Monalisa Chinda, Segun Arinze, Aki and Paw Paw, KCee, Bracket, amongst other top Nollywood actors and music stars. House of Representatives member, Honourable Abike Dabiri-Erewa will also grace the great occasion.
“Invitations have been sent out, except for few friends who are not in the country at the moment. Apart from the afore-mentioned names, we’re also expecting some other celebrities, which I don’t want to mention,” said one of the planning committee members, who preferred not to be named. “This is because some of them have paid shows on that day and it’s compulsory for them to attend.”
Although, Peter’s mum passed on a year ago, his father, Mr. Okoye will lead other siblings from their base in Ifite-Dunu, Akwa Village, Anambra State, to Lagos for marriage rites. Peter, 33, is going to be the first celebrity son of Mr. Okoye to marry. His brother, Paul has already proposed to his baby-mama and long time girlfriend, Anita Itokwu-Isama, but yet to pick a date. However, the woman that rocks the life of their elder brother, Jude, 38, is yet to be known, as he has not been linked romantically with any lady. Jude, however, told ENCOMIUM Weekly in a recent interview that he has someone in his life.
Meanwhile, there is massive demand for the wedding aso ebi and headgear, otherwise known as gele, that go for N40, 000. As you read this, we can tell you authoritatively that the demand has soared, but only few were able to get. Those who didn’t get the complete aso ebi have gone for the N5000 headgear.
An inside source said, “There is no aso-ebi for men, except for family and close friends. However, the groom, Peter has given out free cap (blue) to friends, especially celebrities, who are excluded from the male aso-ebi. By now, they should have gotten theirs, with access card. The access card admits one person and should be brought to the venue.”
Apart from Wizkid, who has officially shown interest to perform at the wedding, likely entertainers that will thrill include KCee, Bracket and Paul of P-Square. 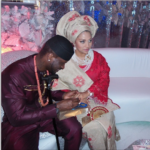