TRAGEDY struck in Effurun, Delta State, yesterday, as a Delta City 14-passenger town service commercial bus caught fire, killing 10 passengers including a pregnant woman.
Four people, including the driver, survived. The bus was heading towards Enerhen Junction.
Source gathered that the bus with number plate 14 C-74 DT burst into flames at about 3.04pm along the ever busy PTI road near Emasodje junction.
The accident caused serious vehicular traffic as officials of the FRSC, military men and Policemen retrieved the burnt corpses.
According to a survivor, who does not want his name mentioned, tragedy struck immediately after a woman with a four-litre jerry can of petrol entered the front seat of the bus against the agitation of the passengers.
In his word: “I boarded the bus at PTI junction and we were heading to Enerhen Junction. The driver picked a woman who was carrying four litres of what was suspected to be petrol. We protested as the woman boarded.
“Within three minutes, what we heard was an explosion. I managed to escape through the trunk of the bus. I am short of words. My escape was a miracle.”
Mr. Ben Igbakpa, Commissioner for Transport, who visited the scene of the accident, was speechless.
He told Vanguard, when he finally found his voice, “I was told by a survivor that the fire was caused by a woman who boarded the bus with fuel in a four-litre jerry can.
“He told me that some complained, but she was allowed to seat in the front. I learnt that 10 persons were burnt beyond recognition, with the driver and three others surviving.
“We will intensify our monitoring. We call on the operators to talk to the drivers to be very cautious. It is bad that someone will board a bus with fuel, it is regrettable.
“We mourn this unfortunate incidence, most difficult is that no one can ascertain who died now because it is a town service, it does not carry a manifest. The state government is sad that such a tragic thing has happened.”
On his part, Mr. Dickson Amromawhe, state Co-Ordinator, Federal Road Safety Commission, FRSC, Delta command said: “There were four survivors. I got a call that a Delta City bus was on fire along PTI road, so we mobilised and came here.
“I, however, find it offensive that youths restricted the fire service truck that came for rescue operation. I was informed that on arrival, irate youths started chasing them away that they were late. This is not the first time that they are doing this.
“Most painful is that even the policemen who came first were injured, one of he officers’ head was broken by a stone thrown by the youths. Why are they doing this?
“Someone is coming for rescue and you are chasing him away. The state government should do something about this, it is not helping the victims at all.”
At press time, the charred remains of the victims were packed in sacks ready to be taken to Central Hospital Ekpan morgue. 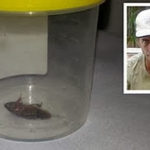 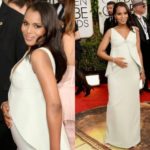