When the wind of endorsement deal, especially by telecom companies, blew across the Nigerian entertainment industry in 2013, no one predicted the restriction on a working relationship between ambassadors of rival companies.

Although, this restriction was noticed only within the music industry, a rumor soon erupted of how Kunle Afolayan’s endorsement deal with Glo was terminated because the actor/director featured Afeez ‘Saka’ Oyetoro (one time brand ambassador for Etisalat but now with MTN) in one of his movies.

The alleged restriction on brand ambassadors was first noticed when Burna Boy, a Globacom ambassador, was dropped from Ghana Meets Naija concert due to MTN sponsoring the show.

Another apparent sign of such restriction was when singer Omawumi, who had recorded and released a song, Warn Yourself, with Wizkid failed to feature the latter in her video allegedly because of Wizkid’s deal with MTN. Omawumi is a brand ambassador of Glo.

The Nigerian blogosphere went agog recently with reports suggesting that D’banj, who recently signed an endorsement deal with Glo, might lose his deal after he appeared in Kcee’s Emmah video. The song was recorded before D’banj signed the deal with Glo.

Glo’s spokesperson, Charles Ikoabasi, however, declined to comment on these reports.

However, MTN’s General Manager, Corporate Affairs, Funmilayo Onajide, acknowledged that there was an existing restriction.

“Companies sign what is known as exclusivity clauses with their brand ambassadors. Typically this would impose a restriction on the brand ambassador not to work for a competing brand within a stipulated period. This period of exclusivity is typically the duration of the agreement or as may be agreed. The exclusivity provisions does not typically extend to stopping ambassadors from interacting with each other provided what they propose to do does not amount to a breach of their obligation under the brand contract,” Ms. Onajide said.

She added that each celebrity brand ambassador signed a different deal depending on the agreement reached by both parties.
“Don’t sacrifice career growth”

An entertainment lawyer, Demilade Olaosun, however advised entertainers to be vigilant when it came to signing endorsement deals. He said that the practice would spell doom for the industry and advised that it be nipped in the bud before there was a decline in the growth of the industry.

“There is no such law or rule but I have heard rumors as to the possibility of such practices being in place. I am however of the opinion that it will be impracticable for competing brand ambassadors to object to collaborations in whatsoever form within the industry,” he said. “However, if by any means this practice is being cultivated amongst the brand ambassadors, I’d say shame on them. It is possible that they had inadvertently executed deals that precluded them from working with competing brand representatives.”

Olaosun also tasked the artistes not to sacrifice career growth and development for money that would add little to them. He said that not all endorsements were good and artistes should seek professional advice before penning deals with brands.

“This of course re-emphasises the need for artistes to seek counsel on contract review from experienced entertainment law attorneys prior to signing. They must understand that the golden goose will not lay the golden eggs forever. These telecom companies are not so charitable that they delight in doling out money. Artistes must be deliberate and strategic in executing endorsement deals.

“The telcos are not doing you a favor. You have huge value, that is why they have considered you for it and they will not hesitate to drop you should they perceive a decline in that value! We must not allow selfish interests of outsiders destroy the industry of our dreams that we are building. At the end of the day, industry practitioners, we are all we’ve got,” he said.

Reacting to MTN’s response, Olaosun said: “If working for competing brands is interpreted to mean doing music with ambassadors of competing brands, then like I had said, it is a dangerous trend that spells doom for our industry. The fact is that these companies noticed these artistes from works done through collaborations with their colleagues before signing them on. Why then will they now cut off this advantage under the guise of exclusivity of contract?

“As I had stated, it will be a shame on the artistes if they acquiesced to such myopic and destructive practice and I reiterate that they will suffer for it at the end of the day. Very many of them will not have their contracts renewed after the term as newer and fresher talents will be sought out by these companies. Whereas, the artistes because of short sightedness and inability to appreciate the extent of their influence will have missed out on many opportunities.”

Mr. Olaosun urged artistes to read a copy of Shawn “Jay Z” Carter’s 2010 book, Decoded, to have an idea of the ideal symbiotic relationship that should exist between the corporate guys and the entertainers. 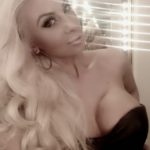