NollyWood Actor DAVE OGBENI covers the front page of ClemOgus Online Magazine. The actor revealed some untold secrets about his rise to fame while on set of an ongoing production. He also educate film makers on how long a movie scene should take.  Check out the cool interview with the actor.
ClemOgus: How are you sir?
DAVE: I am fine thank you.
ClemOgus: Are you Married?
DAVE: Yes am married to my university sweetheart. her name  is omoye. She is from edo state and  together we have two lovely kids name maro and mena.

ClemOgus: How will you describe your sojourn in the Entertainment Industry?
DAVE:  it’s been rough and smooth. when I say rough, I mean the challenges one had to face while trying to climb to the top, and smooth when you finally get there. But having said that, it can be more challenging trying to maintain your stay at the top. it’s not easy men. but we give God the glory.
ClemOgus: When did you start your movie career?
DAVE: I started acting as a little boy, in fact right from my primary school days in Army children school,port harcourt.But i was introduced into nollywood proper in 2003 by jerry amilo. It was at a point in my life when i had narrowed my flair for entertainment to acting and was looking for the right person to guide me through.we exchanged numbers and i remember he called me up for my first film where i played two scenes. the title of the film is LIVING WITH MY LANDLORD.I was so excited playing along side ALEX OSIFO that i even had to neglect a test in school to honor the invitation. But  i didn’t stay for long,i left nollywood  6 months later  because of the financial cost of travelling from Benin to enugu.I came back 2010 and since then,it’s been good for me.
ClemOgus: How are you doing so far in the Movie Industry?
DAVE: I was not fortunate to be featured as a lead or sub lead actor at my early stage in nollywood like some of my colleagues.I have played the palace guard role and minor roles popularly called “waka pass” that has little or no relevance in the movie whatsoever.But because i knew what i wanted,i was patient and endured for years while trying to prove my worth. today i can confidently say i am doing well in the movie industry.

ClemOgus: What is the highest point of your career so far?
DAVE: Well it depends on what you mean by that.  to me i cant really tell what the highest point  of my career is at this stage i find myself because much have been achieved and more are yet to be achieved. But then, there are some events that i will say stood as an encouragement to me. In 2011 i was a cast in a movie titled ‘MY AMERICAN FUND”. It was directed by a united state based  director.her name is ayana saunders.produced by ceazer and the D.O.P was swedish american called james castilo. It will be screened in the forth pan Africa film festival in los angeles on February 11th and 23rd.  and i have my invitation already. In 2012 I was appointed by the federal government as the co ordinator for delta central senatorial district  of it’s youth empowerment programe(IYEP). That same year I was honoured with  the “south south achievers award”.i have also been penciled down for another award by the association of Nigeria fashion designers.these wouldn’t have been possible if not for God and what is he has used nollywood to turn me into.
ClemOgus: Do you have a mentor?
DAVE: Richard mofe damijo has been really inspirational. despite the fact that he is my boss presently and I see him more often than before, I still hold him in high esteem and take out time to see his movies. He is too much and you will agree with me if I say we are yet to find his type in nollywood.Mercy Johnson and uncle olu Jacobs have been very encouraging too.Also majid,francis duru and yul edochie for their advice.

ClemOgus: If you take a trip down memory lane, would you say everything is working according to plan?
DAVE: Yes of course. everything is working accordingly just told you how I started with one scene popularly known as “waka pass” to make it worse I had to sleep on the floor at macdevos hotel and naiko hotel both in enugu,I use to join the location Bus uninvited to each location waiting for someone to disappoint and see if they could consider me for the role. a welfare co -odinator once dragged a plate of rice from my hand that has already been eaten half way because my name was not on the cast list. But today,the story is different.i now do movies that the story line are centered around my characters. “MOTHER’S BETRAYAL” and TROUBLED KING for instance. These are movies that brought me to limelight and are still doing well in the market. so my brother,I will say everything is working according to plan.
ClemOgus: What don’t you fancy about being an Actor?
DAVE: Fame. Are you surprise?  Fame brings both the good the bad and the ugly. The moment  you become famous, you cant live a normal life anymore because they are principles guiding the famous.So when you go out to buy something, they charge you 5 times the actual amount. Even if you pay, they seize your change. and when you request for it, they tell you, chairman I hail o.! they don’t want to see you trek, when they see you drinking sachet water they are shocked was driving from enugu to asaba some day and was stocked on the niger bridge you know. I was thirsty and the only available water that day was the normal sachet water.i popped up my pidgin hole,brought out a fifty naira note and bought a sachet.the next thing I heard was voices of some young ladies who screamed. “haba. Actor, you still dey drink pure water?.it was funny you know. I had to order for soft drink for everyone in the bus.you can’t eat in public places. some people do not even know when you are in the mood or trying to concentrate. they request to take a picture with you and when you decline, they see you as a deviant or being wicked. But then there is the sweet part about being famous. for instance the first time I took a trip to Ghana,right from the aircraft where I came in contact with the former first lady of Liberia.Mrs Charles tailor.she personally told me she likes my movies and that she is now a senator too.even when I landed kotoka international airport, to the church, at labadi beach,to Vienna lounge, the reception and hospitality was overwhelming.
ClemOgus: if you were not doing acting what would you have commit to?
DAVE: I love photography and it’s what i have been doing professionally before nollywood came to play.i would have love to be a D.J too. Or maybe a music producer.

ClemOgus: How many days does it take to shoot a Nigeria home video?
DAVE: It depends hear people say Nigeria movies takes just 2 days to shoot. Let them try and see. Usually it takes 2weeks and more when the unforeseen occurs. maybe lack of location or artist disappoints then it exceeds. but give and take two weeks if everything goes well.
ClemOgus: How long should a scene take?
DAVE: A scene should not be more than one minute. so if you are doing a film of 120minutes,it should be and not more than 120scenes except for the adverts or interlude.
ClemOgus: At this junction we the team of ClemOgus Online Magazine wish to say a very big thank you for considering our interview questions, also answering them accordly.May the Almighty GOD bless you endlessly AMEN. 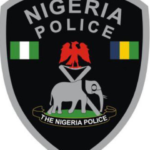