A 16-year-old rape victim on Tuesday told Abuja High Court how pastor poured anointing oil on her and raped her in the name of removing evil spirits inside her.
According to the girl, Basil Princewill of Mountain Mover Fire Ministry Church, Nyanya, in 2012 told her he had a revelation that her foundation was dirty and that her father’s wife was trying to kill her. The pastor reportedly added that Lord told him to perform a quick deliverance on her.
The victim agreed, after which Princewill brought a white handkerchief and a bottle of oil and asked her to remove her clothes.

“He also asked me if I was menstruating and I told him no. He told me that I am possessed with many evil spirits that have stained my blood and it will only take my husband to deliver me and I was not married, he said that he will carry out the cleansing on me,” she said.

She further narrated that the pastor led her into his bedroom and asked her to close her eyes, brought his handkerchief and placed it over her head and she became very weak. She said the accused raped her.

“I cried and begged him to stop but he refused. All I remember is that I fainted and woke up later to see that I was bleeding from my private parts. When he was done, he helped me to wear my clothes and he called Pastor Moses Onuoha and asked him to take me outside and burn the handkerchief,” she said.

After everything was over for the girl, Princewill said that “deliverance” would need to be repeated.

“Sometime in December 2012, he sent for me against and told me that the spirits were stubborn and he lured me with alcohol and asked me to go home. After that I discovered that I was pregnant, he took me to Fantanu Head Medical Centre, Mararaba, Nasarawa State, for an abortion.” The doctor took me to a room inside his office and brought out instruments and asked his nurses to prepare me for an evacuation.

The terrified victim ran away, but was immediately brought back to the hospital.

Later the girl’s mother took her to the family doctor, who diagnosed that she had a recent abortion.
Justice Hussieni Baba-Yusuf adjourned the case to Feb. 20, for cross-examination. 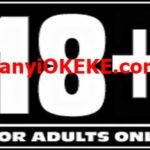