A man, said to be a pastor, and a woman are in Police net in Asaba, the Delta State capital for allegedly killing two children with a deadly substance sold by the pastor for N1,850.

The Delta State Police Command spokesperson, DSP Celestina Kalu, in a release, said the suspects are in custody helping the police with relevant information.

“on July 25, at about 4.00 am, the Police at Abraka Police Station received information that a woman, Ese Oghenevwe (25), of Urhuoka quarters, Abraka had killed her two sons namely, Prayer Clement (9 months) and Wisdom Clement ( 2 years) by giving them a liquid substance to drink.

“Based on the information, detectives arrested the said Ese Oghenevwe. The suspect revealed that the substance was given to her by one Apostle Austin Eduviere of Triumphant World International Church, Abraka for healing purposes as the Apostle claimed he had prayed over it.

“Meanwhile, the said Apostle Austine Eduviere has also been arrested and he is helping the Police in their investigation. The suspect disclosed that the said substance was a mixture of water and salt which he sold to people for N1,850.00 for healing of various sicknesses after praying for them.” 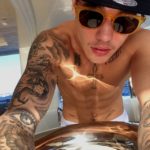 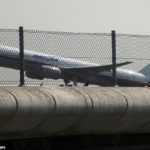