A mother who sexually abused her own young daughter, burning her with a lightbulb, forcing her to drink salt water and hitting her fingers with a hammer was jailed yesterday. The girl was just five-years-old when her mother’s campaign of abuse started, and was only able to escape the torment when she ran away from home at 12.
She broke down in tears at Liverpool Crown Court, sobbing uncontrollably as a judge told her mother that she ‘robbed her of her childhood’ by her persistent abuse, and sentenced the older woman to six years and eight months in prison.
Her 60-year-old mother, who lives in North Merseyside, had pleaded guilty to three specimen sexual assault offences and 12 offences of child cruelty between May 1978 and May 1985.
The court had earlier been told that the victim, who is now 40 and like her mother can not be named for legal reasons, had been subjected to cruelty between the ages of five to 12, including being burnt by a hot light bulb.
She was forced to drink salt water as a form of chastisement and for her mum’s enjoyment, had a bar of soap forced in her mouth and was beaten with a bath brush in the early hours of the morning to enforce cleaning of the house.
Peter Hussey, prosecuting, also told how the woman banged her daughter’s head so hard on the wall she vomited and she also struck her with a cast iron frying pan.
The mother used a hammer on her daughter’s fingers, held her head under bathwater so she feared drowning, smothered her with a pillow, bent her legs beneath her in a contorted position and then sat on them and struck her with a shoe.
The sexual abuse included her mother using tweezers to pluck out public hairs and making her suck her breasts. 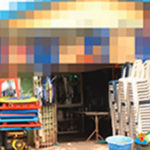 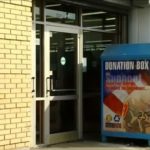