The video lasted for 56 minutes and 58 seconds, and shows Iman Shekau speaking from a script, surrounded by heavily armed fighters, backed by an armored personnel carrier, and two other armed vehicles.

, “It is Allah that instructed us, until we soak the ground of Nigeria with Christian blood and so called Muslims contradicting Islam. After we have killed, killed, killed, and get fatigue and wondering on what to do with smelling of their corpses, smelling of Obama, Bush and Jonathan worried us then we will open prison and be imprisoned the rest. Infidels have no value.”

234 Nigerian schoolgirls, aged between 15-18, were abducted from a remote school in Chibok village, Borno State, in Northeast Nigeria on April 15. The girls and young women came from schools in Izge, Lassa, Ashigashiya and Warabe to do final exams because other the schools were shut in Borno state because of attacks by Boko Haram.

Iman Shekau said the sects friends are those in Afghanistan, Mali, Yemen and Pakistan, and not those Arabs who just bragged with their colors but deal with Americans and the West. Shekau said there is slavery in Islam, contrary to his critics, noting that Prophet Muhammed took slaves during Badr war in Hejaz region of western Arabia in present day Saudi Arabia.

Shekau said, “Just because I took girls in Western school they are worried. I say they (the girls) should desert the school.  They should go and marry. Stupid people.  Talking about human rights and democracy. Nonsense.  People that are doing same sex marriage and saying they are leaders.”

“I will imprison Jonathan’s daughter, any one that turn to Islam will be saved. For me anyone that embraces Islam is my own. Stupid Jonathan, you will be surprise. Until the land is soaked with blood.”

Shekau boasted in the video that he has no business with infidel’s money, “I have no time with your trillion. I am working for Allah and will die for it.  No one can stop me. You killed Mohammed Yusuf.  Are you not saying he is even better than Shekau? Even if you kill me, other fighters will rise better than me, I am nothing and worthless before Allah who I am working for. You are sitting with Christians and saying we are one, saying there is no difference. We are not one with infidels.”

Later he said, “It is a lie, in fact you suppose to wash and re-wash a plate Christian eats food before you eat as Muslims. You know all these things and you are contradicting Islam. Are Christians the people we should play with? They killed us in Shendam, Zangon Katab and all the places. It is either you are with us or you are with them, and when we see you, we will harvest your neck with knife.”

He cursed Islamic political leaders the late Malam Aminu Kano, Abubakar Tafawa Balewa, and Islamic scholar, Usman Dan Fodio as infidels for working and accepting democracy and constitution, and added, “We are not ignorant of all that happened.”

The mass abduction three weeks ago, and the Nigerian military’s failure to rescue the girls and young women, has roused national and international outrage with protests in major cities in Nigeria, and across the world.

A number of girls have escaped who said their captors identified themselves as Boko Haram. 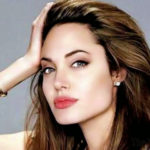