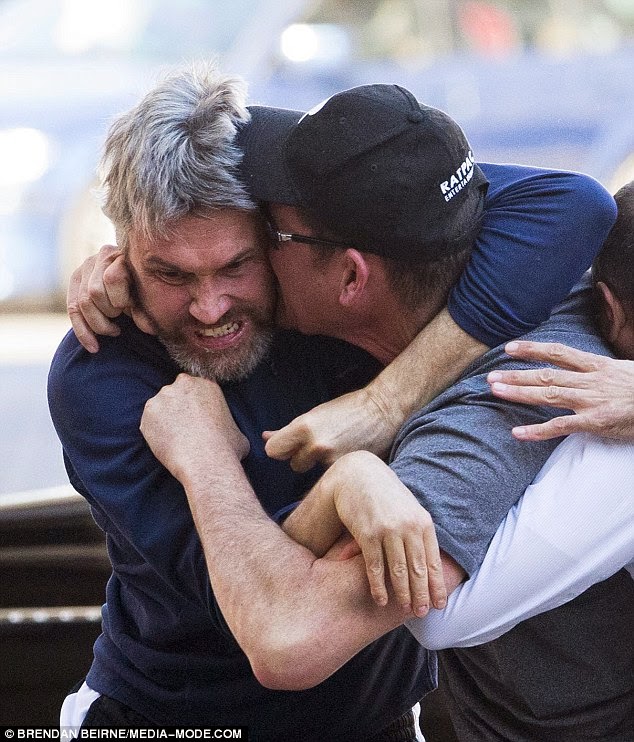 Two of Australia’s wealthiest men and also childhood friends fought dirty on the street cos of one of them left his wife and started a relationship with supermodel Miranda Kerr.
Media moguls 46 year old James Packer and 48 year old David Gyngell, have been friends since childhood and Mr Gyngell was also the best man at Mr James Packer’s wedding to his wife Erica.
Last year Mr Packer  announced that he had separated from his wife, and started dating supermodel Mmiranda Kerr who’s Orlando Bloom’s ex wife.
Apparently this didn’t go well with his best friend Mr David Gyngell, cos he confronted him outside his house in Sydney, and the two started rowing about Mr Packer’s treatment of his estranged spouse and why he should stop dating Miranda and work on resurrecting his marriage.
The two men, who both own extensive entertainment businesses, had to be separated by bodyguards, and were later fined $500 (£280) each for ‘offensive behaviour’.
Peep more pictures of the brawl when you continue…. 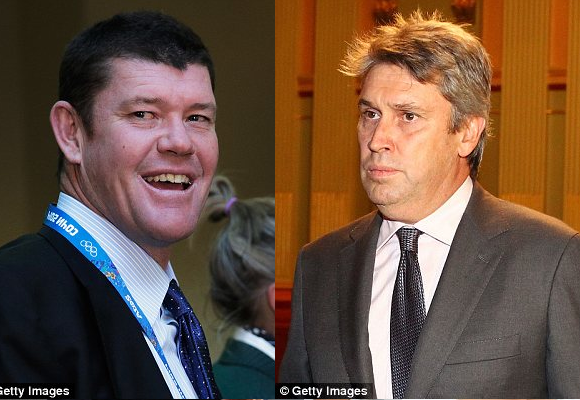 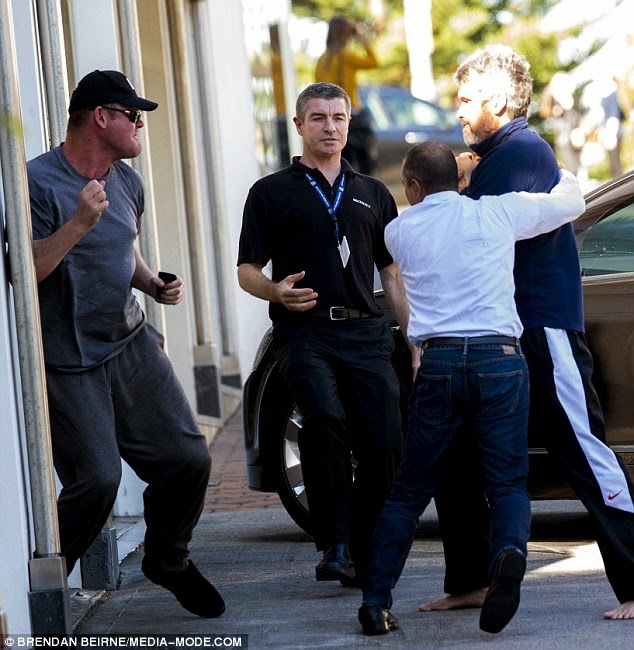 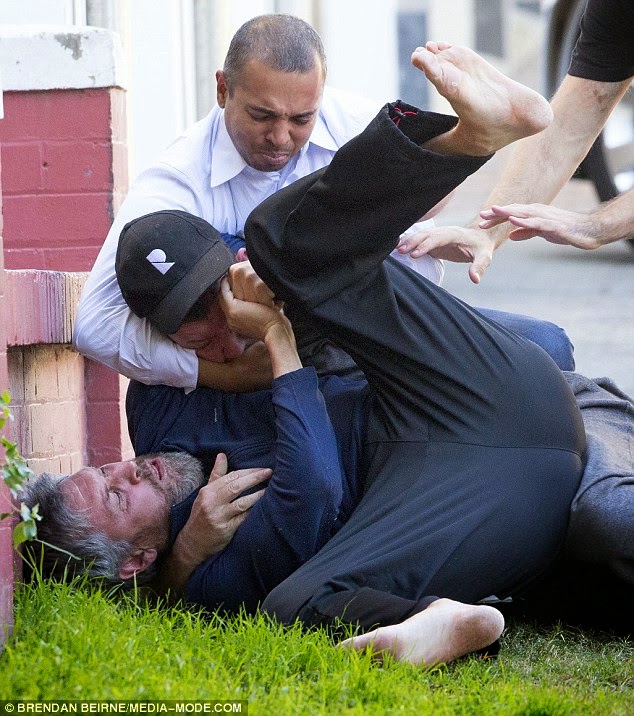 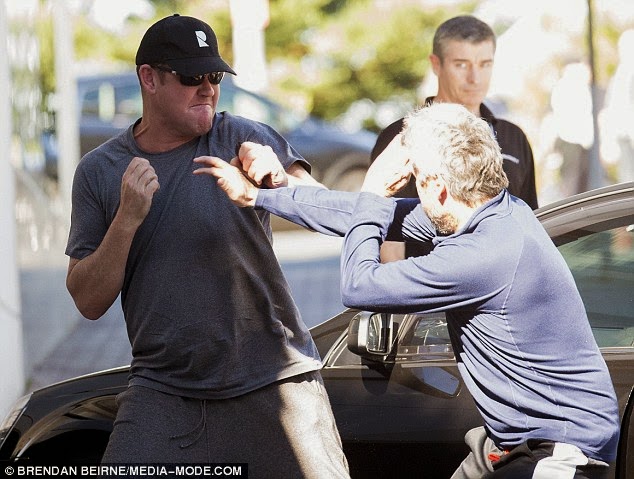 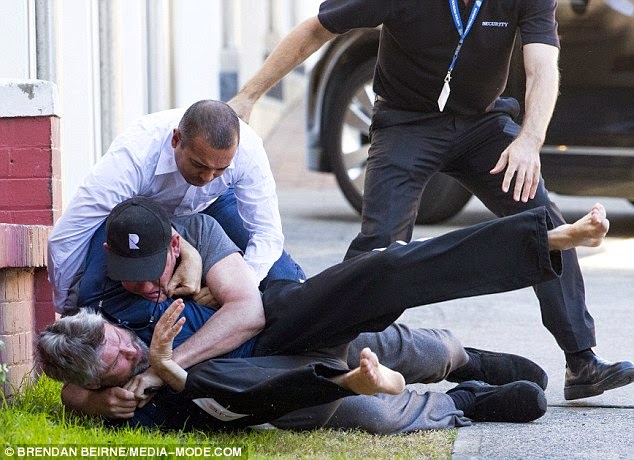 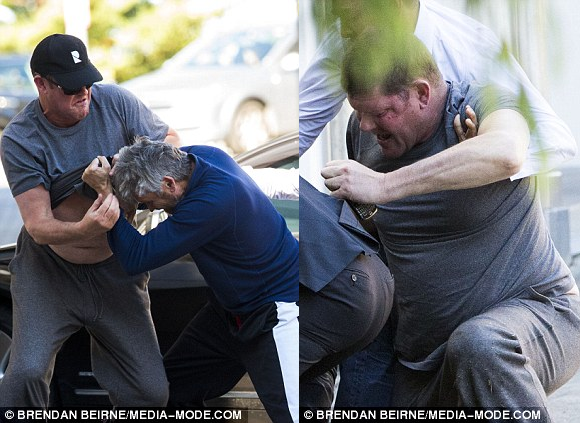 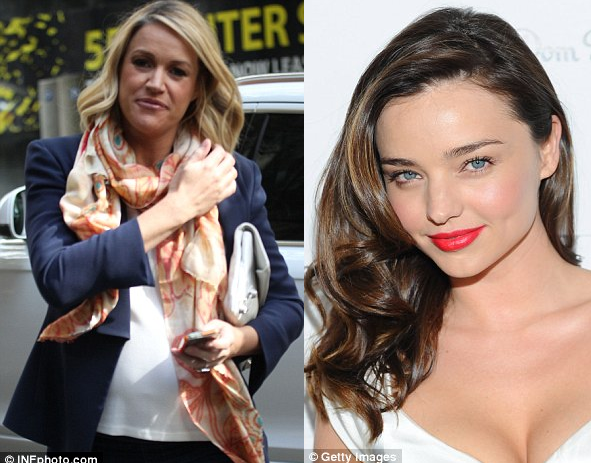 Mr Gyngell’s wife Leila McKinnon today poked fun at the controversy, comparing it to the fight between Beyoncé’s wife Jay-Z and her sister Solange Knowles.

‘Ok so they’re much better dressed and a little more discreet but I feel a kinship with Beyonce, Solange, and Jay Z today,