Matthew Lane Durham was arrested last week Thursday at his parents’ home in Edmond, Oklahoma, after he fled Kenya when he was confronted with the sex abuse allegations.

He was said have abused children as young as 4-years-old while volunteering at the children’s home in Nairobi, Kenya.

According to the founder of Upendo Children’s Home, Eunice Menja,  Durham admitted to assaulting between four and ten children, aged four to ten – including one who is HIV-positive – while volunteering at the orphanage between April and June of this year, writing details of his horrific acts of sexual abuse against both boys and girls.

The documents also revealed that this was Durham’s third mission trip to the orphanage in recent years and Mrs Menja had previously praised his compassion and eagerness to work with the troubled children at the shelter.

He even helped raise money for the orphanage in his Oklahoma hometown, including giving a presentation at the Edmonton Rotary Club.

Durham’s lawyer Stephen Jones, has accused Mrs Menja of forcing a false confession from Durham with ‘pseudo-tribal psychological voodoo’  and said she was running a cult out of her orphanage. 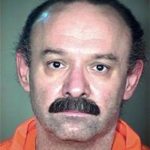