The wave of impeachment blowing across the nation’s politics continued yesterday, as the Enugu State House of Assembly kick-started impeachment proceedings against the Deputy Governor of the state, Chief Sunday Onyebuchi. The motive for the proceedings in this case focuses on what they call, “gross misconduct”.
At yesterday’s sitting of the assembly, 22 honourables signed the notice of impeachment. The Speaker of the Assembly, Eugene Odoh, directed the clerk to serve the deputy governor with the notice.
Two members did not sign the notice, which means that Onyebuchi’s removal is all but settled. Although the impeachment motion was sponsored by the House Leader, Honourable Udeh Okoye, the impeachment is believed to be the idea of Governor Sullivan Chime. He reportedly believes his deputy has ‘divided loyalties’ between him and some of the other political heavyweights in the state.
Former Governor of Adamawa State, Murtala Nyako, was impeached for the same “gross misconduct” charges exactly a week ago. But the general belief is that Nyako’s removal was the culmination of his face-off with President Goodluck Jonathan, as well as part of the grand Peoples Democratic Party (PDP) plan to recapture states in the hands of the opposition All Progressives Congress. All of this comes ahead of the 2015 general elections.
The impeachment of Umar Tank Al-Makura as Governor of Adamawa State has also taken off, while a number of state assemblies are also rumored to be weighing up the same measures against their governor.
On Monday, the Speaker of the Ebonyi State House of Assembly, Honourable Chukwuma Nwazunku was impeached. 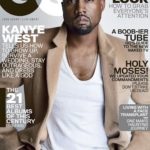 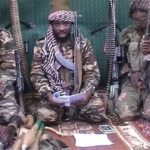