The body of a British woman who collapsed and died in Austria following a trip to Nigeria is being tested for the deadly Ebola virus, authorities have confirmed.

The unnamed 48-year-old was found dead in the flat she owned in the town of Vomp, in the Tyrol, on Saturday after completing her journey home from the West African nation, which included a stop-over in Germany.

Austrian officials confirmed that they have implemented emergency measures and sent a blood and urine sample to the Centre for Tropical Diseases in Hamburg, Germany, after the doctor who attended the scene gave the cause of death as a viral infection.

Police were alerted to the fact that there might be a problem when a relative had contacted them to say they could not contact the woman.

If confirmed, it would be the first case of the virus in Europe.

‘The 48-year-old recently entered Germany from Nigeria and we could not determine the history of the deceased. Her apartment has been sealed and officers who found the body have undergone medical counselling and inspection.

‘All possible precautions have been taken,’ according to the Health Ministry.  ‘All persons who had been with the corpse in Tyrol would have worn protective clothing.

He confirmed that it was nevertheless vital to implement emergency measures even when there was just a suspicion, adding that even if the woman did turn out to have died from Ebola, it was unlikely to have passed on to anyone else as the infection is only transmitted through direct contact with blood or other bodily fluids of an infected person.

The woman’s home has in the meantime been sealed off and emergency services staff including medics who found the body have been quarantined.

Although a British citizen, the woman appears to have had a property in Austria although it was not explained whether it was a holiday home or whether she lived in the Alpine Republic. 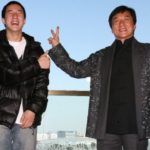