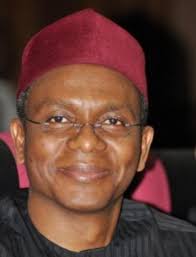 Earlier yesterday, Nasir El-Rufai made an allegtion that former Chief of Army Staff, General Iherijika, was one of the sponsors of Boko Haram alongside Former Governor Ali Sherrif. He quoted a report on ARISE NEWS of London

The General has replied. Read excerpts

‘”Former Chief of Army Staff, General Onyeabor Azubuike Ihejirika on Thursday opened a can of worms by declaring that the former minister of the Federal Capital Territory and APC Chieftain, Mallam Nasir El-Rufia is one of the frontline Commanders of the Boko Haram terrorist group.

Speaking with Vanguard over allegation by the former minister that he (Ihejirika) is a Boko Haram sponsor,
General Ihejirika said he is not surprised that this unimaginable allegation is coming from ‘one of the Boko Haram Commanders’.

“The (Commanders) including El-Rufai know where the problem is. He should stop deceiving Nigerians by trying to divert attention”.

“When the Boko Haram operation started, supporters of the sect like El-Rufai said that there was nothing like Boko Haram and that the army was just killing innocent youths”.

“If you also remember, not too long ago, some of their supporters including El-Rufai said that I was re-inventing the killing of the Ibos during the Biafra war following government’s determination to rid the country of terrorism.

Ihejirika who was obviously angry while speaking on phone, also said, “The likes of El-Rufai started the campaign of human right abuses, in order to divert the international attention of the heinous crime being committed by the Boko Haram terrorists”.

Gen. Ihejirika then recalled recent allegations against his person indicating that that he took away N48 billion, an amount of money which is still in the coffers of the Ministry of Defence, which can be verified by anybody adding that he was not surprised that these allegation is coming from the likes of El-Rufai who started the campaign.

Continuing the former Army Chief said, “The likes of El-Rufai have been supporting Boko Haram. In fact, El-Rufai and his likes are the same group of people that ensured the army did not to get the requested equipment to deal with this menace once and for all, as they used their cohorts to tell the government that procuring modern equipment were not necessary”.

Recalling that the same El-Rufai went to Thisday Newspaper premises to grant interview to condemn security forces for the efforts at ridding the country of these senseless mayhem by the terrorists, Ihejirika said, “At the onset of this crisis, I was the first person to declare that the country was at war but group of sponsors led by El-Rufai disagreed, that it was not true”.

“It is the same group of El-Rufai that started the human right abuses campaign. It was done in order to block any international assistance after the state of emergency was declared and the sect was initially tamed. That gave Boko Haram time and respite to build up again”.

Furthermore, General Ihejirika said that when the United States was to initially declare Boko Haram a terrorist organization, the same El-Rufai and his group mounted pressure on the international community, using alleged human right abuses as campaign strategy.

The former Army Chief revealed that this same group including El-Rufai have taken further steps in support of Boko Haram, “which I cannot disclose for now”.

It will be recalled that shortly after his tenure came to an end as COAS, some Northern political elites started the crusade for General Azubuike Ihejirika to be summoned before the International criminal Court in the Hague claiming that he killed their sons and daughters innocently whereas it is on record that no other military leader but Ihejirika did a lot in helping the nation contain the rapid spread of Boko Haram insurgency in the country.

He not only established the 7th Division of the Nigerian Army with headquarters in Maiduguri, he established new Army Brigades, Counter Terrorism Schools in Kachia and Jaji as well as the Terrorism Training School.'” 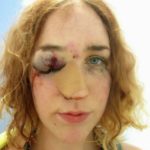 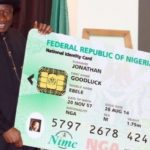