Earlier yesterday, i wrote this Australian Negotiator Who Risked His Life For Chibok Girls Says Boko Haram Is Sponsored By Politicians

Meanwhile somewhere in a planet called FACEBOOK, Mallam Nasir El-Rufai wrote this on his wall:

Davis said Boko Haram commanders that he has been negotiating with as the source of this information. The kingpins not only finance BH operations but select targets for assassination and execution.

Finally, the truth about BH is coming out. Hopefully, the murderers of General Muhammadu Shuwa, the abductors of the Chibok girls, those truly responsible for the Nyanya bombings, and attempted assassination of General Buhari and Sheikh Dahiru Bauchi will be known.

We hope the authorities will take the steps necessary to act on this revelation, and thereby discharge their duty to protect us, the citizens of Nigeria. That is just what it is, a hope! 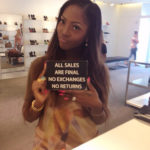 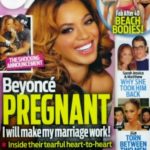