A Perth-based international adviser has survived months of extreme danger to try to rescue more than 270 schoolgirls kidnapped by terrorist group Boko Haram in Nigeria.
Stephen Davis, 63, has returned from a four-month sojourn with rare footage of the intense fighting in Nigeria’s north-east, as Boko Haram stepped up efforts to establish an Islamic state. Dr Davis, who has a PhD in political geography, has worked as an adviser to the past two presidents of Nigeria.
He established extensive contacts with tribes and terrorist groups in Africa, including three small cells of Al Qaeda, while working as a trouble-shooter for oil and gas company Shell in the Niger delta.
When news broke in April about the girls’ kidnapping from a school in the village of Chibok, near the Cameroon border, Dr Davis, who had recently moved to Perth from London, decided he could not sit on his hands. During the journey his life was threatened more than once, but his Australian passport saved him.

“When confronted by groups with an AK-47 in my face they’d say, ‘you are American, we have to kill you’,” Dr Davis said.

“When you say, no I’m not American, they think you are British, and say you will still die, but when I said I’m Australian, they said that’s all right.

“I have no idea why but it’s certainly been helpful.”

The devout Christian managed to smuggle out of the country footage of a handful of schoolgirls who escaped from Boko Haram.
They detail the atrocities they endured, including being raped almost on a daily basis.
Following media reports that nobody knew where the girls were, he decided to reach out to his contacts.

“I made a few phone calls to the Boko Haram commanders and they confirmed they were in possession of the girls,” he said.

“They told me they’d be prepared to release some as a goodwill gesture towards a peace deal with the government, so I went to Nigeria on the basis of being able to secure their release.”

Arriving in Nigeria, Dr Davis quickly set up talks with commanders and he believed he had brokered a deal.
Fearing being arrested, the Boko Haram commanders – holding the girls across the border in Cameroon – had a list of conditions.
They wanted the military stood down and promised to drop the girls in a village before phoning to give their exact location.
Dr Davis said they lived up to their promise, but in a country ravaged by war and corruption, the rescue was sabotaged.

“The girls were there, 60 girls, there were 20 vehicles with girls,” he said.

“We travelled for four-and-a-half hours to reach them, but 15 minutes before we arrived they were kidnapped again by another group who wanted to cash in on a reward.

“The police had offered a reward of several million Naira just 24 hours before we went to pick them up.

“I understand, from the Boko Haram commanders I spoke to, the girls eventually ended up back with them.

“I don’t know what happened to the group that took them but I suspect it wasn’t good.”

Four girls escaped by heading west
Dr Davis said a young man kidnapped by Boko Haram and used as a driver later helped a handful of girls escape.
One kidnapped girl, who managed to avoid having her mobile phone confiscated by turning it off and hiding it in her bra, managed to call her family while hiding in bushes, but had no idea where she was or which direction she should be heading.
After being told to walk west by following the sunset each evening the four girls managed to cross the border from Cameroon and into Nigeria before being reunited with their families.
So far they are the only girls to have escaped from a Boko Haram camp.
When Dr Davis later tried to contact, via text, the young man who helped them, he received a sobering reply.
“The person you are trying to contact has gone on a journey from which there is no return,” the reply read.
“He was an infidel.”
Dr Davis said the longer he stayed in Nigeria the more it dawned on him the kidnappings would not end.
“It became very clear that if I was able to get 50 girls released then another group would kidnap 70 or 80 more,” he said.
“So by freeing 50 you were consigning 70 or 80 more to the same fate.”
Atrocities going unreported

Dr Davis said initially journalists from around the world including CNN, the ABC and the BBC flooded into the country, but they concluded it was far too dangerous to send any crews into the north-east of the country.
He said since then, the violence in north-east Nigeria and the threat of foreign journalists being kidnapped and beheaded meant there had been limited coverage of the crimes being committed by Boko Haram.
“Boko Haram used to telephone Nigerian journalists and give them a story, but that doesn’t happen anymore,” he said.
“They go straight to social media. They post their own material and they’ve learnt to become very savvy on social media and use it as an instrument to terrorise.”
Dr Davis said he had realised the only way to stop the kidnappings was to stop the sponsors of Boko Haram.
While Al Qaeda was involved in training Boko Haram recruits, Dr Davis said one of their major sources of funding – aside from raiding banks – was Nigerian politicians.
“That makes it easier in some ways as they can be arrested, but of course the onus of proof is high and many are in opposition, so if the president moves against them, he would be accused of trying to rig the elections due early next year,” he said.
“So I think this will run through to the election unabated.
“These politicians think that if they win power they can turn these terrorists off, but this has mutated.
“It’s no longer a case of Muslims purifying by killing off Christians. They are just killing indiscriminately, beheading, disembowelling people – men, women and children and whole villages.
“I would say it’s almost beyond the control of the political sponsors now.
“Terror groups are linking up in Somalia, southern Sudan, Egypt and we have fairly strong evidence they are talking with ISIS members.
“They will link up with ISIS and Al Shabaab and I think that what we are seeing in that region is the new homeland of radical Islam in the world.”
RELATED: Shocking CONFESSIONS From EX-BOKO HARAM who converted to Christainity. Says IBB is the MAJOR SPONSOR of BOKO HARAM 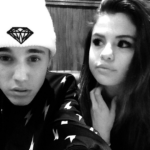 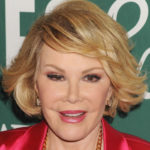