A girl believed to be one of the 219 Chibok schoolgirls in Boko Haram’s custody for more than 160 days has been found abandoned.
She was picked up at Kwarihi village near Biu in Borno State after being thrown out of a moving Volkswagen Golf car. She wandered in the bush for two days before she was rescued by villagers.
The Chairman of the Chibok community in Abuja, Hosea Tsambido, recounted this story yesterday while speaking at the gathering of the #BringBackOurGirls campaigners.
According to Tsambido, the abandoned girl, who gave her name as Susanna Ishaya, appeared mentally unstable.
He said she had been handed over to one of the Chibok parents who took her to the hospital after which she would be properly questioned.
Tsambido said:

“One of the girls was ferried in a Volkswagen golf and thrown into the bush about two days ago and she wandered into the village of Kwarihi, near Mubi.

“From there they called one of the parents to take care of her in Kwarihi. They are taking her to Yola.

“When she was asked, she gave her name as Susanna Ishaya but right now we are not sure if it is her real name until she is really treated because the people that saw her said she is both mentally and phsycally sick and has been taken to the hospital.

“We believe that she was probably abandoned by Boko Haram because of her health.” 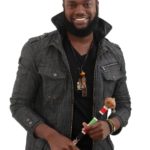