Controversial Islamic cleric, Sheikh Ahmad Gumi has addressed a recent revelation he made about tge abduction of his senior brother by bandits. KanyiDaily recalls that Sheikh Gumi had slammed Nigerians who are calling on the Federal Government to arrest him for allegedly sponsoring and supporting the bandits.

The cleric, who spoke during a recent interview, described his critics as “clowns” saying that he had also been a victim of the bandits on several occasions.

According to him, his relative who was a private soldier was killed by bandits, and he also had to pay ransom to secure the release of his senior brother was kidnapped by bandits.

“My senior brother was kidnapped; we had to pay a ransom. Also in our mosque, we have paid ransom. Even now, somebody is asking me to assist him to pay ransom.

“Our family driver who happens to be our relative, his son, a private soldier, was killed by bandits. So how I can support such people?” Gumi asked.

Gumi Speaks On His Brother’s Abduction

In a statement by his spokesman, Malam Tukur Mamu, on Sunday, Sheikh Gumi said the report was deliberately misquoted by some sections of the media to give a picture “that the brother of the person supporting the bandits has also been kidnapped.”

The cleric, who described the reports as mischievous, misleading, and diversionary, clarified that Hhis brother was kidnapped three years ago, but he secured his release since then after paying ransom.

The statement reads, “Our attention was drawn to yet another fake news that the biological brother of Sheikh Dr. Ahmad Abubakar Gumi has been kidnapped by bandits.

“While it is not impossible in today’s Nigeria to even kidnap the Sheikh himself or even those in position of power and authority as we have seen recently, we urged the public to disregard the fake news. The story some sections of the media are deliberately misquoting to give a picture “that the brother of the person supporting the bandits has also been kidnapped” is mischievous, misleading and diversionary.

READ:  El-Rufai Says The N3.5 Million FG Spends On El-Zakzaky Monthly Is Not Just For Food

“It is actually from the content of an interview recently granted to some members of the press where Sheikh Gumi was saying he is surprised that some elements thinks he is unnecessarily supportive of the bandits, telling them that he is equally a victim of their terror as they have kidnapped his own biological brother about three years ago and that the security agents could not do anything which left them with the option of paying ransom before he was released. A driver of his father was also killed by the same bandits.

“For Gumi, all this is not enough reason to say he will not seek for peaceful resolution of the crisis for the purpose of preserving peoples lives and properties especially if we look back at government’s failure to address issues that will help in bringing last solution. Military power alone or declaring the bandits as terrorists cannot end banditry and killings in Nigeria.”

“May Allah forbid, in today’s Nigeria where government has failed to address the root cause of the armed Fulani banditry and the security imbroglio particularly in the North West and to explore mediation like the Americans finally adopted after over two decades of failed military offensive in Afghanistan, people or the press should not be surprised if Gumi himself is abducted not to talk of his brother.”

“But the said story as we mentioned is not true and we pray it will never happen not only to Gumi’s brother but innocent Nigerians as a whole.”

This comes a few days after Sheikh Gumi disassociated himself from armed bandits following their declaration as terrorists by the Federal High Court in Abuja. 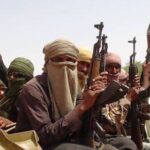