Justin Bieber posted a cuddled-up selfie with Selena Gomez on Aug. 27 — and he hasn’t deleted it! Justin seems to be shouting to the world that he and Selena are back on and so in love!
20 year old Justin Bieber, and 22 year old Selena Gomez, look adorable in a black-and-white photo Justin posted on Instagram. The duo flew to Canada together for a top-secret vacation on Aug. 27 and Selena was spotted getting off the plane with Justin when he landed!
Hours after landing in Canada, Justin posted the black-and-white photo with Selena on Instagram. In the pic, Justin makes his signature puppy-dog eyes and stares right into the camera. Selena leans on Justin, looks away and has her hand up by her neck. They’re not showing any PDA in the pic, but they are very close to each other!

Maybe they’re going to visit Justin’s family (he’s from Stratford, Ontario)! Whatever the reason for the trip up North, we’re so happy they are together. These two are so cute!
Justin and Selena have been dropping subtle hints that they’re back “on,” but Justin deletes every pic he posts of Selena online! On Aug. 26, JB put up a sexy selfie of Selena while she was prepping to appear on the Chelsea Lately series finale. But within hours of posting the gorgeous pic of Sel, Justin deleted it. 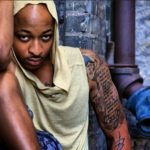 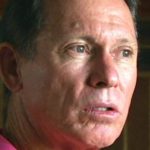