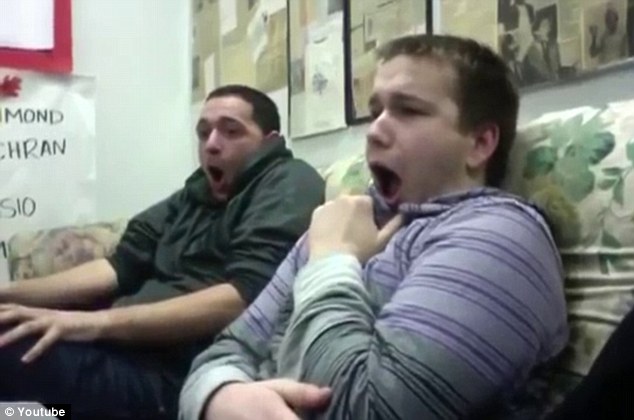 In a hysterical video, the two friends recorded their horrified reaction as they watched a four-minute video of a woman giving birth for the first time. The men are seen screaming, hiding their eyes and even retching as the birth unfolds. They are so ignorant about the process of childbirth that they thought women could only give birth lying down.
They are initially perplexed that the woman is giving birth standing up and say: ‘Is it going to fall out’, to which his friend replies ‘no they are going to catch it.’ One of the men is later filmed saying: ‘I don’t wonder what’s on the other end of the umbilical cord inside her. I think her heart is connected to it. ‘My mum said I bit my own off.’
At the beginning of the film, the pair appear relaxed and insist on forwarding the video to ‘the good bit’….But as the sound of the woman’s pained cries from the film gets louder, the two men react in even more extreme ways. They are recorded shouting in discomfort, covering their mouths and eyes with their shirts and insisting ‘it’s fake, it’s fake’ and repeatedly screaming ‘oh my God’.
One of the men even begins to retch when he sees blood….see the video when you continue

The video has split viewers with some finding their ignorance funny, while others arguing their reaction offensive.

Morgan Foster wrote on YouTube: ‘This shows a lot about immature men/boys’, while CeeCeeQty wrote: ‘Grow up mates. It’s the way of life’, and Hotspot989 wrote: ‘Guys you came from moms as well, now you understand how hard it is… 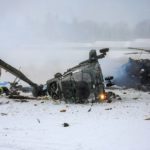 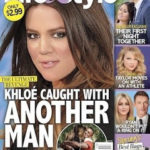