What a tragedy. Bobbi Kristina Brown died at the young age of 22  yesterday July 26. Whitney Houston’s daughter had been found face down and unresponsive in her bathtub and raced to the hospital on Jan. 31. She remained in a nearly 7-month coma until her heartbreaking death on Sunday.

Bobbi Kristina died on Sunday at Peachtree Christian Hospice in Duluth, Ga., after she was found in the suburban Atlanta townhome she shared with Nick Gordon, the man she called her husband, in late January. A police report described it as a “drowning.”

“Bobbi Kristina Brown passed away July, 26 2015, surrounded by her family. She is finally at peace in the arms of God. We want to again thank everyone for their tremendous amount of love and support during these last few months,” Kristen Foster, a representative for the Houston family said Sunday.

Bobbi Kristina was born to the multiple Grammy-award winning singer in Livingston, N.J., on March 4, 1993, eight months into her mother’s rocky marriage to the music industry bad boy.

Her grandmother is the American soul and gospel singer​ Cissy Houston. Despite being born in the spotlight, Bobbi Kristina, who tweeted about getting her career “off the ground” just weeks before she was hospitalized, never attained a fraction of the stardom of her late mother.

Aside from her family’s short-lived reality TV show, The Houstons: On Our Own, Bobbi Kristina mostly appeared in online “selfies” and paparazzi images.

Despite the differences in Bobbi Kristina’s and Whitney’s careers, there are eerie similarities in the way the women lived and died.

While the exact cause of Bobbi Kristina’s death has yet to be determined, Whitney was also found unresponsive in a bathtub of water. The 48-year-old I Will Always Love You songstress was discovered in her room at the Beverly Hilton Hotel, on Feb. 11, 2012, in the run-up to the Grammy Awards, and later died.

Both Whitney and her daughter lived in the constant glare of entertainment industry attention, both struggled with drugs and both married men who struggled with a multitude of addictions.

Despite growing up with the pressures and problems that come with international notoriety, Bobbi Kristina shared a special relationship with her famous mother.

“She’s always with me,” said Bobbi Kristina in an interview with Oprah shortly after her mother’s death. “Her spirit is strong, it’s a strong spirit. I feel her pass through me all the time.”

As for the future of Whitney Houston’s vast recording fortunes, of which Bobby Kristina was the sole heir, there are bound to be legal battles ahead. Bobby Brown, the Grammy Award winning former frontman for the R&B group New Edition, has publicly stated that Bobbi Kristina was never legally married to Nick Gordon.

By January 2014, the young couple who grew up as brother and sister were sharing a townhome in Roswell, Georgia, and calling themselves husband and wife. 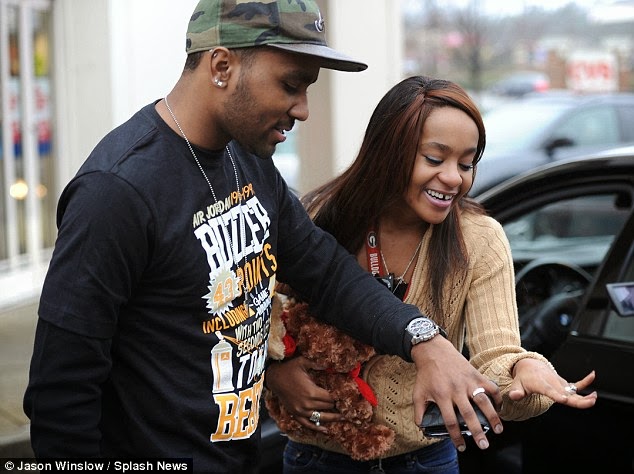 They posted images of their hands wearing wedding rings, with the caption “#HappilyMarried. So #InLove. If you didn’t get it the first time that is.” They got identical “WH” tattoos with flying doves on their wrists, and Gordon added a large portrait of Houston’s face on his arm.

“Damn, lol, it’s incredible how the world will judge you 4ANY&EVERYthing,” Bobbi Kristina tweeted at the time.

Gordon, who was orphaned and raised by Whitney since he was a teenager, though not formally adopted, was at home with a friend at the house he shared with Bobby Kristina the night she was found unresponsive.

The 25-year-old appeared on The Dr. Phil Show in March, where he and his mother described his struggles with alcohol and drugs.

“My pain is horrible,” Gordon told the talk show host, sobbing. “My heart hurts. I have panic attacks.”

Gordon and his mother indicated that he was too distraught to go into detail of the night Bobbi Kristina was found. A police spokesperson said that officers had been called to the home on Jan. 23 for a report of a fight, but when officers arrived, they found no one there.

This is so sad. Bobbi was just so young. KanyiDaily.com will keep you updated on the latest news surrounding Bobbi’s tragic death. Our thoughts go out to Bobbie’s family and friends during this difficult time. 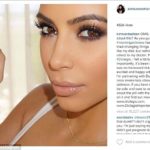