The relationship between Lil Wayne and Christina Milian is causing major turbulence within their circle. Just a fews weeks ago Lil Wayne`s daughter Reginae and two of his baby mamas showed their distress about the union on instagram. Now The Dream and Nivea is expressing their distaste for the new couple.

The Dream did an interview with VLAD Tv. When asked about his thoughts on the relationship between Lil Wayne and Christina, he said it was “Very Dynamic”. The Dream quoted

She compared Christina to a scarecrow to suggest she has no brain, so basically calling Christina dumb.  Well, isn’t that the pot calling the kettle black, since she had a baby for Lil Wayne?

That’s not all, Nivea had more to say on her instagram on how the love triangle will confuse their kids.

Three of Lil Wayne’s Baby Mama’s Together.
Nivea also married Christina’s ex-husband The-Dream prior to getting pregnant by Lil Wayne, so the whole situation is rather awkward for her. 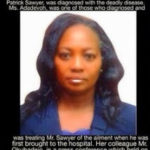 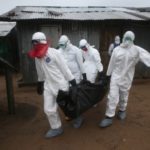