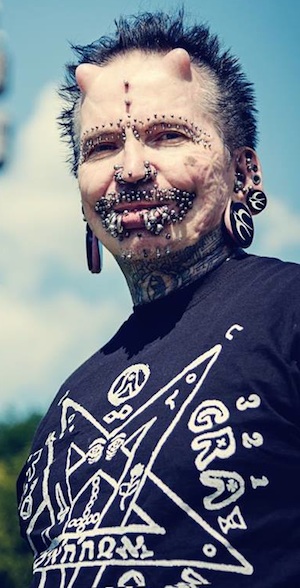 Rolf Buchholz, a German man who holds the Guiness World Record for most body piercings with 453, has been denied entrance to the United Arab Emirates city of Dubai, where he had been scheduled to appear at a nightclub.
The Cirque Le Soir Dubai is “a circus-themed venue” that books burlesque dancers, sword-swallowers, and fire-breathers on the regular.
It seems that Buchholz’ unusual appearance was too much for the UAE’s officials, however. After stamping his passport and allowing him through customs, he was detained and led back through the airport to a room full of deportees. 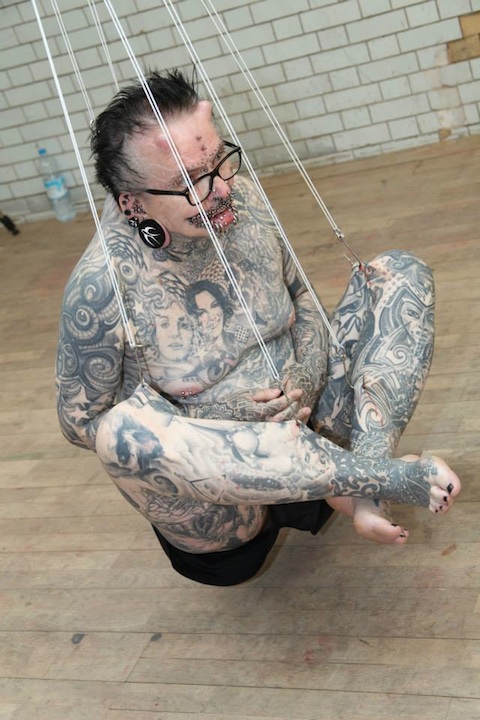 Cirque Le Soir says it was told “security reasons” were why their scheduled performer was turned away. But Buchholz says airport employees told him the real reason he was kept out of the country. And it has nothing to do with national security–at least, not explicitly:

At the end I got an answer why I can’t enter Dubai: The Immigration thought I am Black Magic. Stupid people.
— Rolf Buchholz (@rolf_de) August 16, 2014

At the end I got an answer why I can’t enter Dubai: The Immigration thought I am Black Magic. Stupid people.
— Rolf Buchholz (@rolf_de) August 16, 2014 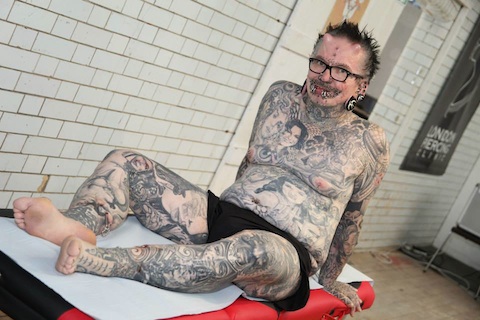 While Dubai is one of the most liberal cities in the Golf region, the UAE as a whole is a conservative country where “traditional Islamic values” are the norm. Public intoxication and public displays of affection can be grounds for arrest. Said Jad Lahoud, the executive director of Pragma Lifestyle, which runs the Cirque Le Soir said:

[It is] a shame that Rolf couldn’t join us this time….Cirque le Soir Dubai always strives to bring unique entertainment and concepts to the UAE, however, we will always act in line with the laws that govern this nation.

And Buchholz, who first swore he would never return to the country before reconsidering, acknowledged that the piercings weren’t the only things that might have gotten him in trouble.

“I have two horns,” he said. “I think that was also a problem for me in Dubai.” 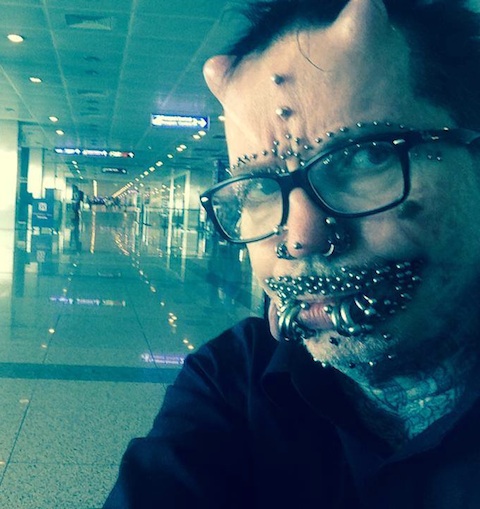