Menu
Thomas Eric Duncan, the first person to die of Ebola on U.S. soil, succumbed slowly and painfully to the disease, losing bodily functions and eventually the ability even to move.

The day after Duncan, a Liberian who flew to Texas, had been admitted to hospital with the deadly disease he begged staff to wrap a diaper round him because he was too exhausted to make it to the toilet.
Family who came to visit him in his final days said that he looked dead already.
But despite attempts to ‘stay strong’ as he fought the disease, all the signs showed Duncan’s body shutting down in the face of Ebola’s relentless attacks on his organs.
At the end, despite a last-minute dose of experimental drugs, his heart rate slowed and eventually vanished. He was pronounced dead at 7:51am on October 8.
Grieving and angry family members wonder whether Duncan, whom they called Eric, might have survived had he not been sent home when he first went to hospital on September 25 with early symptoms. 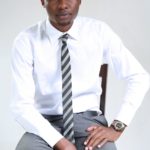