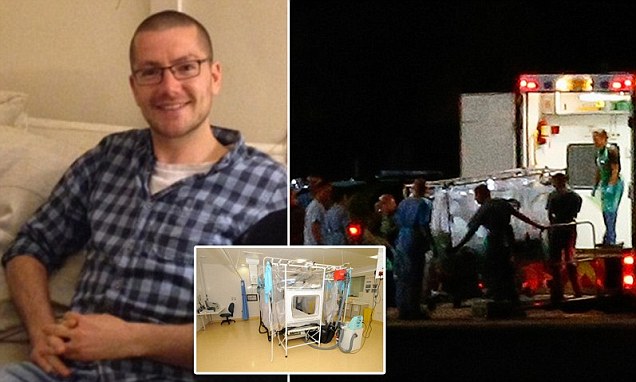 William Pooley who contracted Ebola Virus while trying to save lives in Sierra Leone arrived London last night.
The picture above shows him being loaded into an ambulance before being transported from RAF Northolt in west London, where his plane touched down, across the capital to the Royal Free Hospital.
There he will receive treatment in the hospital’s isolation ward. Despite the dangers, Mr Pooley, 29, had selflessly volunteered to serve in a makeshift clinic where other nurses had died from ebola or were too scared to come into work. 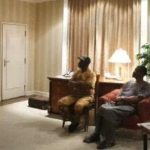