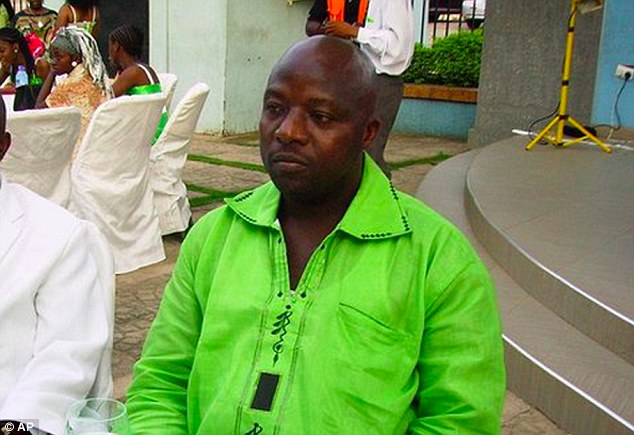 Thomas Eric Duncan, the first person to die of Ebola Virus on U.S. soil, succumbed slowly and painfully to the disease, losing bodily functions and eventually the ability even to move.

The day after Duncan, a Liberian who flew to Texas, had been admitted to hospital with the deadly disease he begged staff to wrap a diaper round him because he was too exhausted to make it to the toilet.

By the time the Liberian national, 45, had been settled down in a hospital bed at Texas Health Presbyterian hospital, Dallas, he was projectile vomiting and suffering explosive diarrhea.

FROM LANDING TO HIS DEATH: TIMELINE OF EBOLA’S FIRST VICTIM IN THE U.S.

Sept 25: Goes to Texas Health Presbyterian hospital in Dallas – but is sent home

Sept 29: Beset by projectile vomiting and diarrhea, Duncan asks to be put in a diaper

Oct 1: Sepsis sets in – but Duncan tries to stay upbeat, asking to watch a movie. He asks to eat solid food, but changes his mind.

Oct 2: He asks for food, eats a few saltine crackers and a mouthful of Sprite. But blood is appears in his urine; he is given stronger drugs

Oct 4: Duncan has multiple organ failure. New drug arrives and he is given it

Oct 6: Duncan’s family, including his mother, come to visit him. His face is described as ‘like a mask’, some say he looks dead already

Oct 8: Early in the morning Duncan’s heartrate slows to less than 50 beats per minute.

At 7:51am he is pronounced dead

Family who came to visit him in his final days said that he looked dead already.

The harrowing details of how the deadly Ebola virus ravaged Duncan’s body were revealed by his 1,400-page medical documents, which his family released to the media.

They also reveal small signs of hope Duncan showed before his body began to shutdown. One entry tells how Duncan was ‘feeling better’ and asked to watch an action movie.

Another shows him regaining the semblance of an appetite, managing to eat a few saltine crackers and drink a mouthful of Sprite.

But despite attempts to ‘stay strong’ as he fought the disease, all the signs showed Duncan’s body shutting down in the face of Ebola’s relentless attacks on his organs.

At the end, despite a last-minute dose of experimental drugs, his heart rate slowed and eventually vanished. He was pronounced dead at 7:51am on October 8.

Grieving and angry family members wonder whether Duncan, whom they called Eric, might have survived had he not been sent home when he first went to hospital on September 25 with early symptoms.

Duncan arrived complaining of a headache and abdominal pain. His temperature spiked to 103 at one point, and on a scale of one to 10, he rated his pain as an eight.

Doctors ran tests, decided it must be sinusitis, sent him home with antibiotics and told him to follow up with a doctor the next day.

A nurse’s note said Duncan told her he recently had arrived from Africa. That information did not make it to the attending physician.

Three days later Duncan was back, only this time his symptoms included vomiting and diarrhea. His temperature was 103.1 degrees.

This time, the nurse’s notes made it clear that Duncan had ‘just moved here from Liberia.’ This time, the doctor got the message.

Wearing a mask, gloves and full gown, Marquez-Kerguelen began his examination and took a history.

‘Pt states he has not been to any rural areas or funerals recently,’ he noted. ‘Pt denies any sick contacts. Pt denies chills. The pt does not do (sic) any other associated signs of sx (symptoms) at this time.’

Among the possible diagnoses: malaria, gastroenteritis, influenza and Ebola.

Duncan was put into isolation. The nurses notified county officials; the doctor called the CDC.

By evening, Duncan was suffering from explosive diarrhea, abdominal pain, nausea and projectile vomiting. Efforts to bring down his fever failed.

Because Duncan had recently traveled from Liberia, Dr. Gebre Kidan Tseggay noted, ‘Ebola virus disease should be high on the list’ of differential diagnoses.

Shortly before noon on Monday, September 29, Duncan asked the nurse to put him in a diaper, ‘because he feels too tired to keep getting up to the bedside commode’.

His fever spiked again to 103, and Duncan was wracked with chills.

Finally, at 2pm on September 30, doctors received the confirmation that all had been dreading: ‘Patient has tested positive for Ebola …’

By October 1, sepsis had set in – but Duncan tried to remain upbeat.

‘Pt requested to watch an action movie,’ the doctor noted. ‘States he is feeling better.’

Duncan told his nurse he wanted to try solid food, then refused his lunch tray.

The next morning, Duncan told his attendants that his abdominal pain had lessened. He said he was ‘trying to keep up good spirits and ‘stay strong.”

But there was now blood in his urine. Worried about his lung function, doctors added advanced antibiotics to Duncan’s medication.

That afternoon, he ate his crackers and drank less than 2 ounces of Sprite.

By October 3, the situation had turned dire.

The Food and Drug Administration gave its blessing.

Just after midnight October 4, Duncan went into multiple organ failure. By morning, a shipment of brincidofovir arrived and Duncan got the first dose.

Monday morning, Duncan’s nephew, Josephus Weeks, was picking his way across Louisiana in a hail storm. Riding with him were his son, Josephus Jr., Duncan’s sister, Mai Wureh, and Duncan’s mother, Nowai Korkoyah.

After more than a week of listening to his uncle’s failing voice over the phone from his home north of Charlotte, North Carolina, Weeks decided it was time to go to him.

That evening, hospital staff escorted the family members to a room in the basement of Texas Presbyterian. The only way they would be allowed to see Duncan was via closed-circuit television.

‘My son is dead!’ Korkoyah cried out when she saw him. To Weeks, the immobile, expressionless face was ‘like a mask.’

They administered drugs, but he was beyond help.

As infectious in death as he was in life, Duncan’s body was cremated.

May his soul rest in peace! 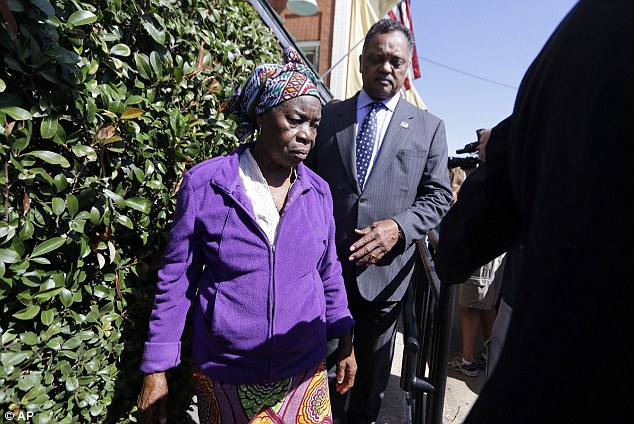 Grief: Nowai Korkoyah, Duncan’s mother, speaks to reporters on October 7 – the day before Duncan died. When she saw him hooked up to the machines, barely clinging to life, she wept: ‘My son is dead!’ 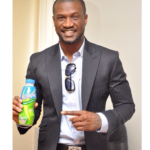