Menu
People are really heartless these days, even the police were shocked at how heartless this couple was! These two dummies thought it would be cool to take a ratchet photo for facebook, which eventually led to their arrest.

Some of the images are even taken just one day after the murder of the Pastor. Many of the pictures taken inside his 2010 Buick Lacrosse were nonchalant and fun, including an image of the two kissing.

“It just shows how egregious this crime is, you know, that some people, their conscience doesn’t bother them,” said Assistant Chief of Police Delando Wilson.

Four days after the murder, the couple were caught and arrested, after a brief chase in the stolen car.

“patrol cars found the car and attempted to stop the vehicle,” Wilson stated, “They refused to stop; at some point, the suspects abandoned the vehicle.”

Pastor and wife
The family of the murdered pastor says they did not recognize the couple. But They do believe the murder was likely linked to robbery rather than a personal motive.

“The only thing I can see is my daddy trying to help someone in the middle of the night, which is something he would do,” said Whitney Smith, the victim’s daughter. “The kind of person he was, people might have thought he was naive because helps everyone even if he shouldn’t.”

The couple was charged with first degree murder and aggravated robbery.
This story is just sad. I’ll never understand why people can be so damn cruel, and for no reason! I’m even more mad at the fact they took those ratchet azz pics and had the nerve to upload them to facebook. 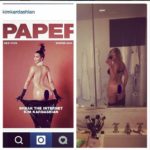 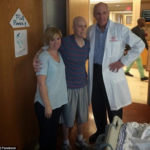