Menu
Woke up to the sad news that Preacher and internationally acclaimed life coach Dr Myles Munroe, His wife, daughter and 6 other people are dead after a private jet carrying them crashed as it approached the island of Grand Bahama yesterday.

The Lear 36 Executive Jet had taken off from the Bahamian capital of Nassau and crashed while attempting to land around 5pm local time in Freeport, according to a statement from the Ministry of Transport and Aviation.

‘The Department of Civil Aviation has been advised unofficially that the aircraft was destroyed and that there were no survivors,’ the ministry said.

Two of the dead have been named as Dr Myles Munroe, the leader of Bahamas Faith Ministries (BFM), and his wife Ruth, reports Tribune 242. The passengers were on their way to the Global Leadership Forum hosted by the BFM, an organization that Munroe, 60, founded.

The identities of the other people on board have not yet been confirmed. The plane reportedly struck a crane at the Grand Bahama Ship Yard, exploding on impact and crashing into the ground near a junkyard area. There had been heavy rain across the region which may have caused the plane to hit the crane.

May their souls rest in peace!….Peep a short video of Dr Myles Munroe Below 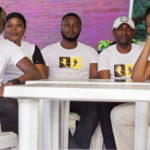 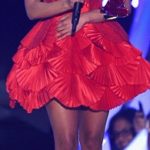