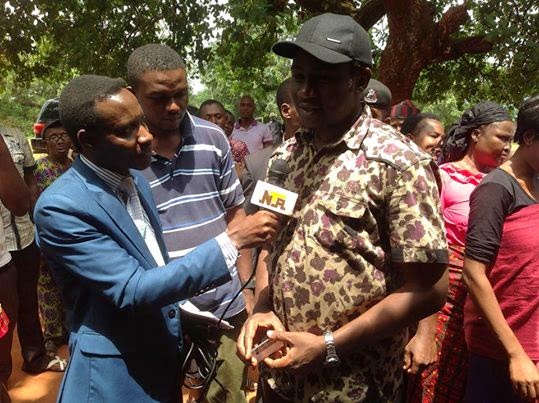 I’m been bombarded with multiple calls, and message alerts form all over the world, for updates! Although as a Candidate, I’m not in position to pronounce my results, but, am compelled to give an idea of the situation and issues arising in Benue South.

In spite of the direct sharing large sums of money to voters, the Benue South people expressed resilience, and we got impressive votes! All we expect after the delays, is a declaration of results that must tally with the record of genuinely accredited voters on the Card Readers.

The APC Agatu LG Collation Officer, one Elder Echoda was whisked away to an unknown destination when his presence at the LG Collation Center was more crucial on the election day. Also, two of our Ward Collation Agents were also arrested and detained at the verge collating results on same day.

The PDP embarked on this shameful and unlawful activity to pave way for the massive rigging in Agatu all through the night of March 29th, 2015, when places where genuine accreditation took place commenced voting and counted results before 8 pm yesterday, Results of Agatu and the interior parts of some LGs were delayed until this afternoon.
This incident in Agatu paved way for PDP’s stuffing of ballot in Agatu. The Card Reader were ignored in the hinterlands, rather, accreditation were done manually.

Similarly results from the rest LGs are biting to as they come in.

Mark, who in an interview cried foul two nights ago because I was leading in all the results that were coming out, is suddenly said to be leading.

Mark is at it again, Agatu with Internally Displaced Persons (IDPs) is said to have had a turnout of over 13,000 voters, higher than any of the rest 8 stable Local Governments. Results are being upturned and votes are being manufactured!

Results being tabulated at the collation centers are changing from the original duplicates we have from the Polling Units. Mark will usually want to do anything just to be declared and ambush you in court. He knows he can’t stand the shame of his defeat by me, thus he deployed all of his rigging arsenals and strategies with his fullest strength!
I’m insisting that result must tally with records of accredited voters on Card Reader, we will reject any manipulated outcome!

I won this election cleanly and David Mark knows!

The will of the Benue South people so expressed at the ballot is sacrosanct! David Mark must not try God this time around! 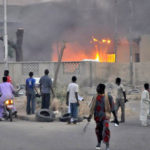