Menu
Thirty Eight year old boxing champion Floyd Mayweather has been accused of getting physical with his adopted son and choking him.

According to a police report (obtained by The Sun), last year, Mayweather allegedly strangled the teen boy in his Las Vegas mansion on Halloween night.

Devion is the son of Mayweather’s ex-girlfriend Melissa Brim, 38,  meanwhile Melissa and Mayweather both have a teenage daughter named Iyanna, who is referred to as ‘Ya Ya’. Iyanna is Mayweather’s biological daughter.

19 year old Devion Cromwell, reported that Mayweather held him in a “rear naked choke” during the altercation. According to reports, he is reluctant to press battery charges as Mayweather provides financial assistance to the teen and his mother, and he is reportedly being encouraged to press charges in an attempt to put a stop to his dangerous behavior”

We hear he’s also hesitant about pressing charges because of Mayweather’s upcoming fight with Pacquiao on May 2.

A relative tells The Sun,

We are desperate for Devion to do what’s right and bring Floyd to justice. He controls our whole family through fear and money. It’s only a matter of time before it happens again — or, God forbid, anything worse.

According to the report, Mayweather showed up at his home, ordering Cromwell’s friends out of the house. Reportedly, he yelled at Mayweather:

You’re not my father!

That’s when Mayweather allegedly put him in a wrestling hold. Cromwell and two witnesses spoke to cops about the incident. A Las Vegas police spokesman said Cromwell has only until Oct. 31 of this year to make an official complaint and press charges.

According to The Sun, the two have barely spoken since the incident. However, he does  drop in to watch Mayweather train at the gym and sit ringside at his bouts. Mayweather has tried to woo him with gifts as well. Mayweather, nor Cromwell’s mother have yet to comment.

He served two months in 2012 before his release, where Cromwell was among the crowd greeting the champ on his way out of lock up.

Despite his track record of domestic violence, his former assistant said she never saw him hit anyone outside of the ring in her 12 years by his side.

“I have never seen Floyd physically assault anyone,”

“I have seen him get angry and upset like most men do — but never violent.” 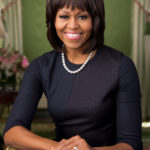