In December, the poker player and playboy was sued by Miami-based model Vanessa Castano, who claimed that he had kicked her in the face at a trendy South Beach club. Things soon went downhill for Bilzerian, 34, who has been dubbed the “King of Instagram” because of his 7.1 million followers and his pictures of fast cars, guns, celebrities and scantily clad women.

“Bilzarian was on an elevated dancing platform,” the lawsuit reads, “and violently and intentionally kicked plaintiff in the face while wearing what resembled military boots.”

Miami Beach police launched a criminal investigation into what happened that night. Days later, he was arrested in Los Angeles on felony explosive charges for allegedly detonating a homemade bomb at an unofficial shooting range outside Las Vegas.

But now, it appears that Bilzerian will not face any criminal charges in the incident. A Miami Beach Police Department spokesperson confirms to PEOPLE that the investigation into the nightclub incident has been closed. And earlier this month, the explosive charges went away after Bilzerian pleaded no contest to a reduced misdemeanor charge of failing to extinguish a fire. He paid restitution and will film a PSA.

“They did a full investigation,. “They got the club’s [surveillance] video, which is much better and clearer than the handheld video that was posted online. And it shows that I didn’t kick anyone.”

So what does Bilzerian say happened?

“I broke up a fight,” he says. “And then I spoke to police afterwards.”

“I don’t believe in violence against women,” Bilzerian says. “I would never assault a woman. It got blown so far out of proportion.”

“I’m happy with the outcome,” he says. “I think it was fair; I did leave a fire unattended. I admit that. But it’s over now, and I’m ready to move on.”

But even he understands that his ostentatious displays may rub people the wrong way.

“People see my pictures and think that I’m an a–hole,” he says, “but I’m really not trying to go in that direction.”

“I’m getting more active in productive stuff,” he says. “Movies, possibly a TV show … and charity work. I already do some charity, but I don’t necessarily talk about it. That doesn’t mean I don’t do it.”

“Everyone has a right to their own opinion about me, and that’s fine” he adds, “I’m just going to keep being myself and living my life. That’s all I can do.”

Bilzerian’s attorney, Jose Baez, had been dealing with the Miami Beach police. “They concluded their investigation and found no reason to charge my client,” he says. “This matter is behind him.”

Police say Bilzerian was “generally cooperative” in the investigation, but they won’t confirm or dispute whether he was breaking up a fight. Castano and her attorney did not return messages for comment. The civil case is still pending. 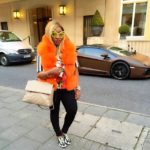 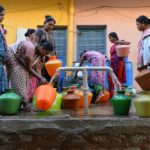